Dear Chris Harrison, I'd like to thank you on behalf of Bachelor Nation for your services. If this week's complicated Bachelor finale taught viewers anything, it's that you are a live-TV pro. The wrap-up for Peter Weber's season of the show could not have been more of a mess, and you managed to spin that mess into water-cooler-talk gold. You delivered on your promise: Peter's was the most dramatic season finale ever.

As someone who's watched every season of every Bachelor franchise, I've tuned in to see Chris navigate tricky waters more than a few times. That Jake and Vienna sit-down? The Jason Mesnick switcheroo? I mean, wow. Chris has certainly moderated his fair share of — how do I put this? — sh*tshow scenarios, and the conversations between Peter, Madison Prewett, and the Weber family certainly rank among the franchise's most awkward moments ever.

Related:
After All the Bachelor Drama, What Is Hannah Ann's Status Right Now?

During the After the Final Rose portion of the finale, Chris sat there with producers speaking into his ear, a camera zoomed in on his face, vulnerable people at his side, and, oh yeah, Peter's parents sitting nearby. I watched as his face panned from Peter's agonized expression to Barb Weber's eye rolls to Hannah Ann Sluss's pursed lips and, well, yikes. Joke all you want about Chris only popping up on The Bachelor to call out "the final rose" for each rose ceremony because, as far as I'm concerned, he earned his full paycheck and then some for the way he handled this season. Somebody give that man a spot bonus!

Let's just relive all the obstacles Chris navigated this season like a boss, shall we?

In other words, Chris is absolutely the MVP of the season. Here's hoping Clare Crawley's season of The Bachelorette goes a little more smoothly, and if not, that Wells Adams can pour Chris an extra drink or two once they make it to Paradise. 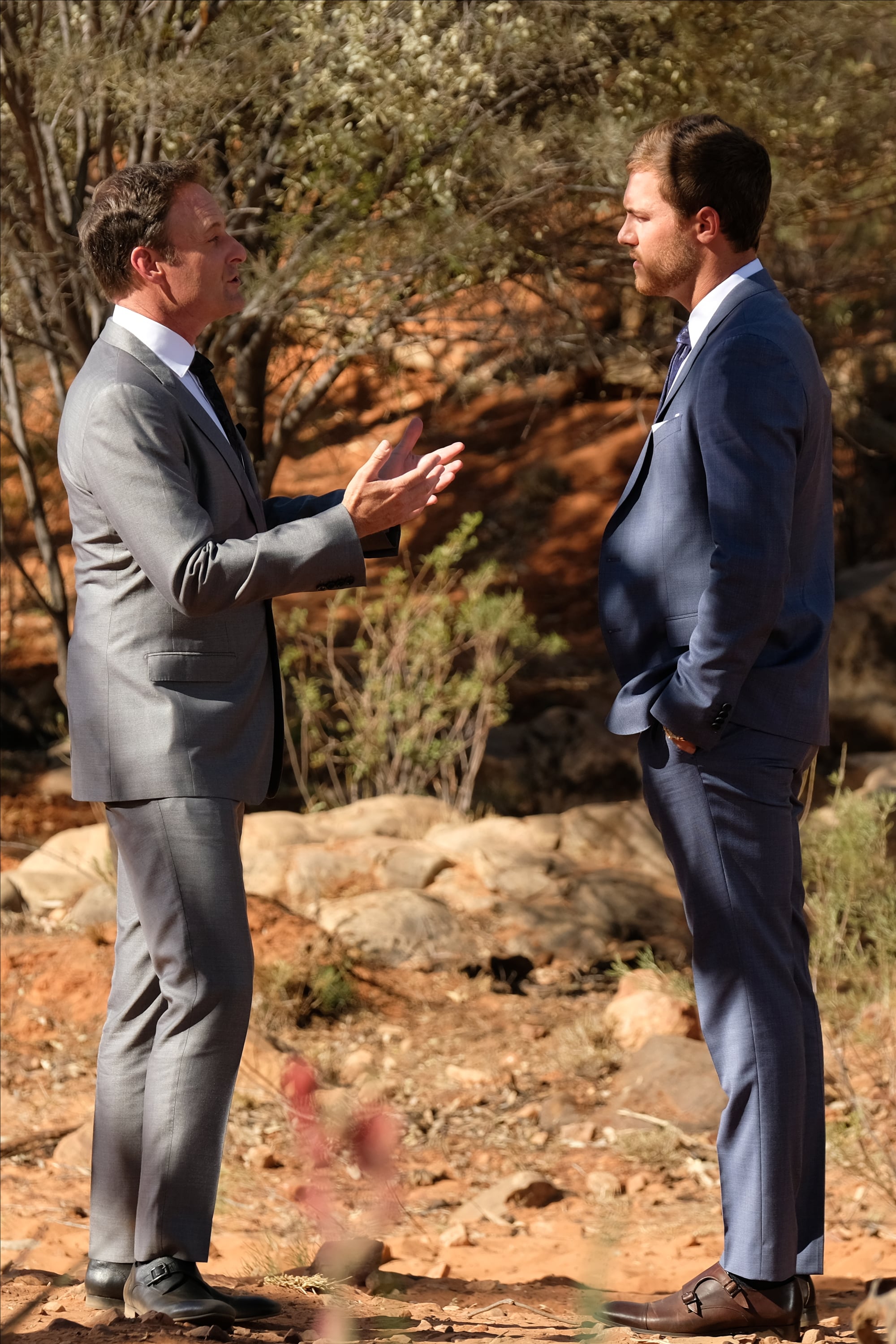