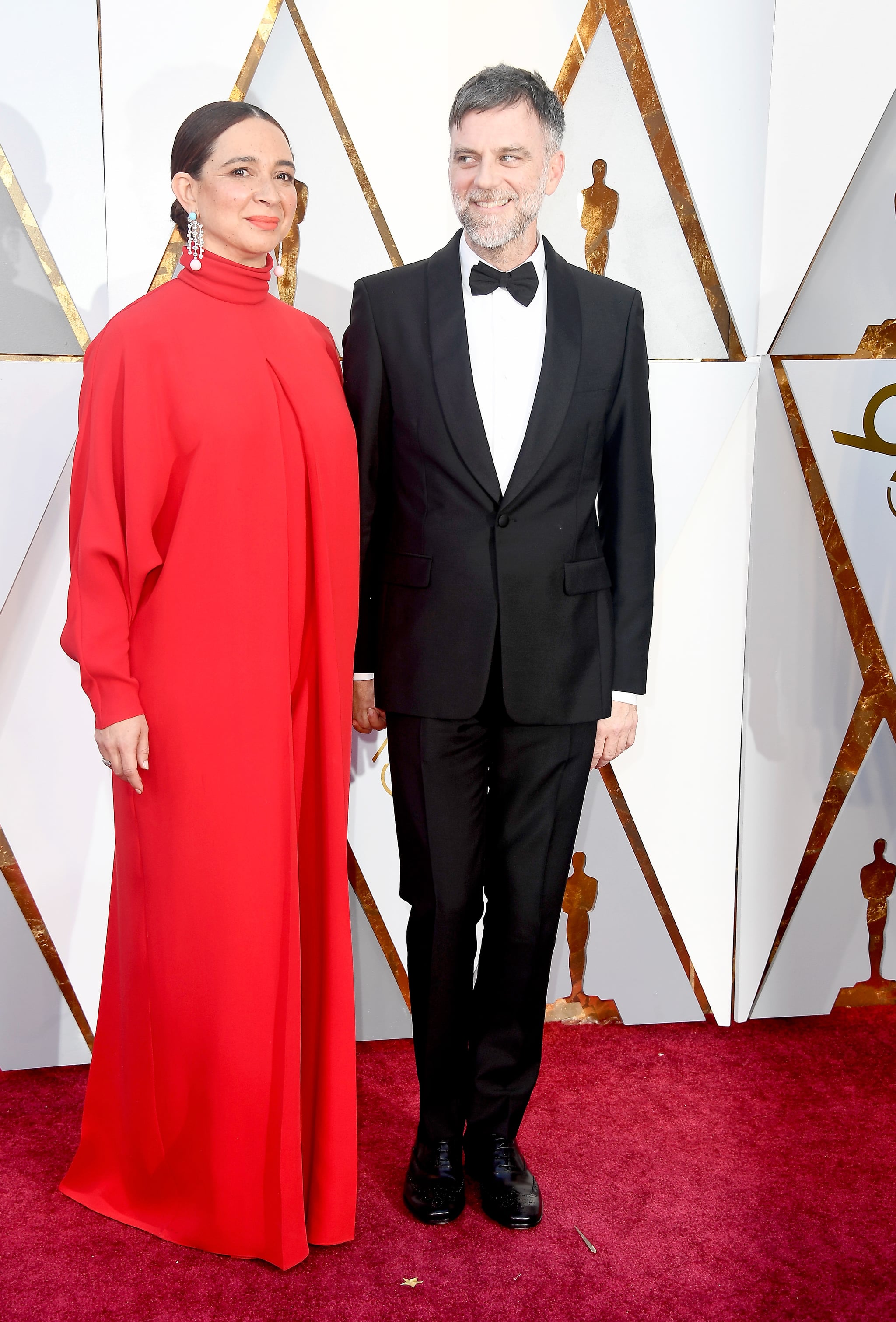 Although Maya Rudolph has been a household name ever since starring in Saturday Night Live in 2000, she keeps her four kiddos — whom she shares with her partner, Paul Thomas Anderson — out of the spotlight. Despite not posting snaps of her children on social media, Maya has been candid about her parenting experiences in the past.

While hosting Saturday Night Live on March 27, 2020, the 48-year-old comedian shared that her children were there to support her. "I have four incredible kids and they're all here tonight," she said during her opening monologue. "Don't make me cry. And, uh, just a heads up to my kids, tonight Mommy's gonna put on a lot of wigs, OK? And do a lot of weird voices so it's just gonna be like a typical day at home, I'll just be wearing a bra."

Although Maya has always balanced her busy career with raising her kids, being a parent has taught her what's truly important in life. "I mean, I don't go out as much — at all," she said in a 2016 interview with POPSUGAR. She added, about parenthood: "But more importantly, in life, it allowed me to create something that I call the 'bullsh*t meter,' which is basically the things that are literally not important — I just got rid of them. I used to take on a lot more than necessary, and when it's you, you're sort of your own worst enemy in life, you take on a lot more than is necessary."

After noting that her children always come first, she admitted that taking care of four humans can be difficult at times. "I'm still totally scatterbrained," she explained, joking, "It's so hard to be someone else's manager — I didn't sign up for this!"

Read on to learn more about Maya's four children, who all have pretty classic first names.

Related:
Megan Fox Rarely Shares Photos of Her Kids, but All 3 Are So Cute! Learn More About Them

Maya's oldest daughter, Pearl, was born on Oct. 15, 2005, and given the middle name "Minnie" in honor of Maya's late mother — singer Minnie Riperton — who died of cancer when Maya was 7 years old. In a 2012 interview with NPR, she explained how becoming a parent changed her life. "Before I had children, everything about my life was devoted to Saturday Night Live," said Maya. "You're there sometimes on Tuesday nights until 6 or 8 in the morning. You're exhausted, you're loopy . . . and you've had three shows in a row, and you haven't done any of your laundry, and you have no food in the fridge. It's really difficult to be there for anyone else in your life when you're doing the show because of the hours it demands."

Maya and Paul's son, Jack, was born on July 3, 2011. Before his birth, Maya explained that she waited to find out the child's sex until he was born as she did with her daughters. "The exciting part is not knowing who's coming," she told People. "You have to wait nine months for a surprise, but then it's a good payoff because it really is a surprise."

The couple welcomed their fourth child, Minnie, on Aug. 1, 2013. In a 2017 interview, she shared that she never expected to become a mom of four. "The triumph is the people that love each other. I mean, I feel lucky having — I never imagined I'd have four kids — that was never the goal," she told Us Weekly. "I feel really lucky that everyone is healthy and amazing. It's endless stuff. It's endless entertainment, it's endless stress, endless responsibility. Everyone's at different ages and levels, everyone's into different stuff. But everyone is into slime."

And apparently they're all natural performers, just like their mama. Maya shared that her kids love putting on at-home performances, and that she's usually forced into being a captive audience member. "We have a lot of living room shows," Rudolph told People in 2016. "But I'm usually told to sit down and watch! They'll dance to anything. They're natural hams."