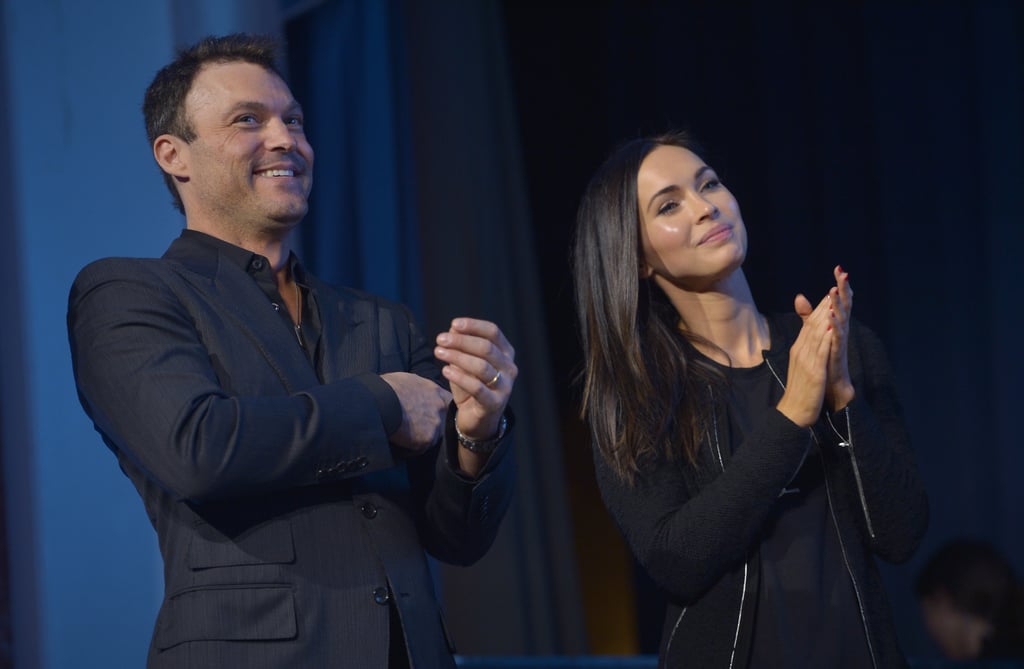 After tying the knot in Hawaii back in 2010, Megan Fox and Brian Austin Green welcomed three sons — Noah, Journey, and Bodhi — together. Green also has a son, Kassius Lijah Marcil-Green, from his previous relationship with actor Vanessa Marcil, and is father to an infant son named Zane with his girlfriend Sharna Burgess. In May 2020, Fox and Green made the decision to divorce after nearly 10 years of marriage and 15 years together. However, when it comes to raising their kids, the couple shared that, at the time of their split, they planned on keeping things as united as possible for their kids. In a May 2020 episode of his podcast "...with Brian Austin Green" called "Context," Green said the family planned to "still do family vacations and holidays as a family."

In an Oct. 31 interview, Green gave an update on the status of the pair's coparenting endeavors. He and Fox "coparent really well together," he told E!, adding that they "don't fight over time with the kids" and "try and alternate holidays between Christmas Day, Christmas Eve." He also shared that Fox has been supportive of his new baby, Zane. "She thought he was the cutest thing," he said. "I love that. And she's always asking the kids and about him, like how he's doing?"

Additionally, Green expressed support for Fox's relationship with Machine Gun Kelly, saying he'd be happy for the pair if they had kids together. "I think that'd be amazing," he said, adding that he thought his and Fox's kids would be excited about that as well. "They are absolutely obsessed with Zane, and so it'd be the same for them with her," he said. "And the reality is that it's, I think it's difficult for them leaving and going over to her house because they miss him so much, so to be able to go over to her house and have the same experience — there's something cool there."

Although both Fox and Green have been fairly private when it comes to sharing photos of their kids, according to various interviews they've given, it's evident they've been raising their sons to love whatever they want and to be confident in those choices.

Read ahead to learn more about Fox and Green's three shared kids.