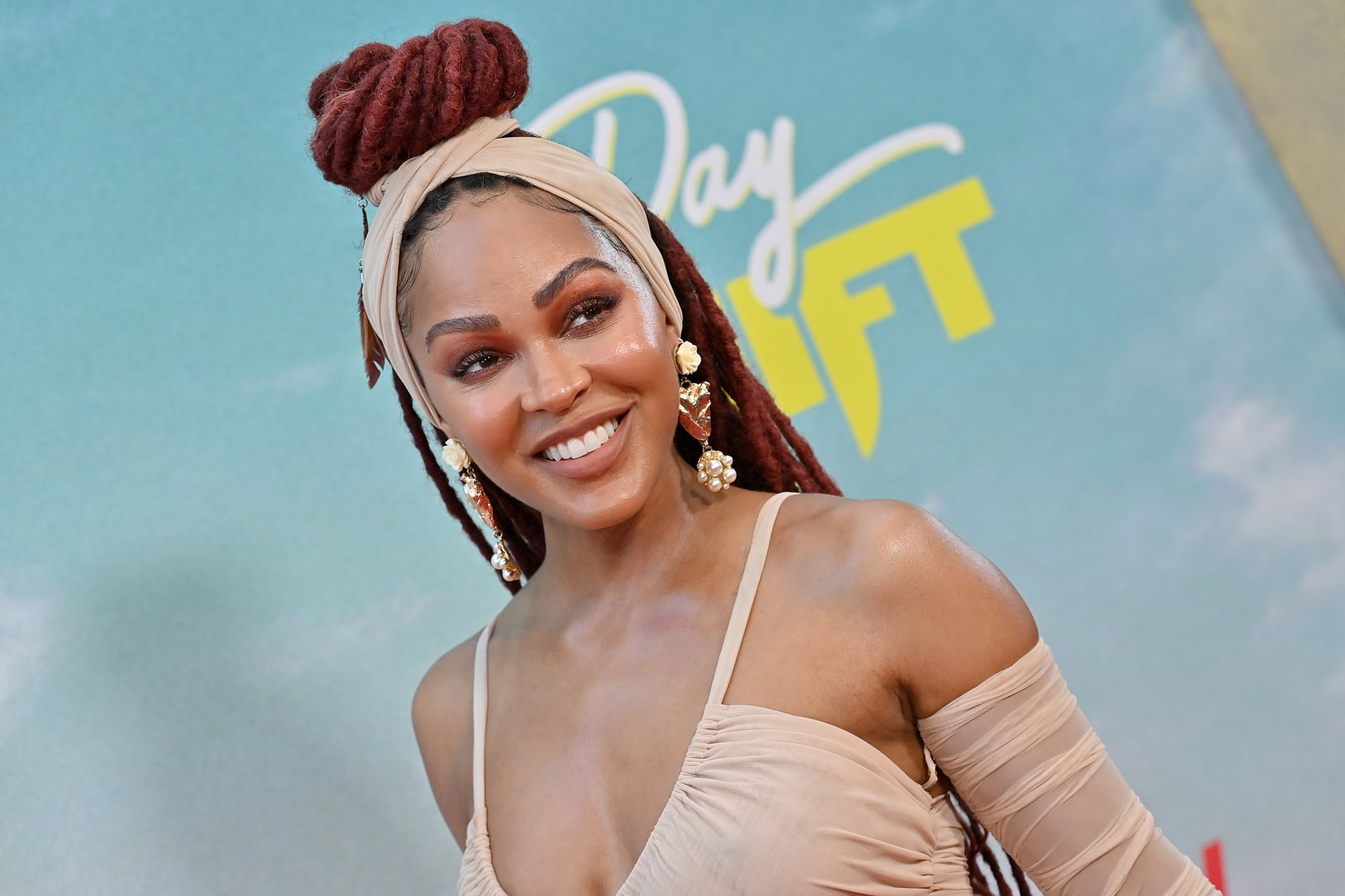 Meagan Good's latest film role is keeping her optimistic about motherhood. The veteran actor stars in Netflix's "Day Shift" alongside Jamie Foxx (who plays a blue-collar vampire hunter named Bud Jablonski) — as well as Dave Franco, Snoop Dogg, and Karla Souza — as his ex-wife Jocelyn, who threatens to take their daughter, Paige (Zion Broadnax), to Florida to live a better life away from his unpredictable profession. When Bud accidentally slays the offspring of a vampire boss named Audrey (Souza), he scrambles to keep his family out of harm's way, but they soon become collateral damage.

Good tells POPSUGAR she was eager to join the cast of "Day Shift," which she calls her "bucket list" movie, as she's always really wanted to do an action flick. Growing up on movies like "The Lost Boys" and "Vampire in Brooklyn" lit a fire under her for the Netflix film, but she was really delighted to step into the role of playing a mother — an opportunity she says she gave some thought to. "It depends if it makes sense to me. Something like this, where, for me, Jocelyn is a badass," she explains of her onscreen portrayal. "She may be a mom, but she'll kick your ass."

Related:
Karla Souza Says She Insisted on Doing Her Own "Day Shift" Fight Scenes: "I Don't Want Any Doubles"

Good reveals that she decided to take on her "Day Shift" role because Jocelyn resembles the kind of mother she hopes to be one day when she has kids of her own. "If it's something that I feel like represents a mother in the way that I would like to be a mother, because I want to be a badass and show my kids the sky is not even the limit for what they can accomplish at any age. For me, it was this particular role," she says. "I was like, '[Yeah,] I'm here for that.'"

If Netflix were to explore the idea of a prequel or sequel for "Day Shift" — similar to the streamer's plan for "The Gray Man" — Good says she'd be down to reprise her role, but only if she can get in on the vampire-hunting action, too. "That's my bag. When I tell you I love action, I'm like anything I can do, I would love to do," she shares. " . . . kick, punch, anything that's high. I mean, whatever it is, I'm here for it. I love stunts."