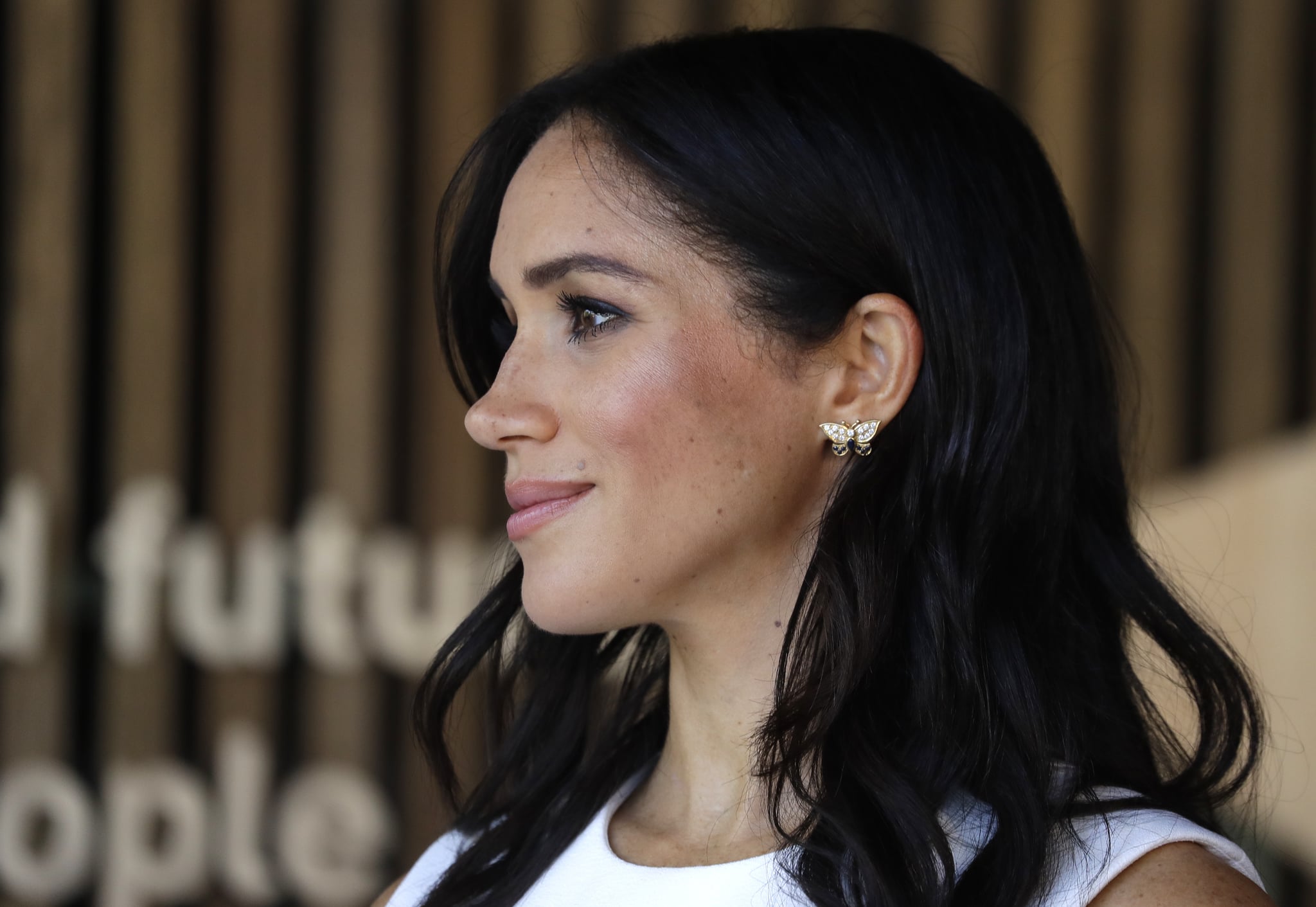 The British press just doesn't know when to quit, huh? Despite the fact that Meghan Markle is no longer a working royal, doesn't live in the UK anymore, and recently won her privacy lawsuit against Associated Newspapers, the character assassination against her continues. Ahead of her anticipated sit-down interview with Oprah Winfrey, the tabloids are once again trying to dim Meghan's sparkle by smearing her name, this time with bullying allegations. On Feb. 3, the UK's The Times published an article outlining claims that the Duchess of Sussex bullied several staff members during her time at Kensington Palace in 2018. According to a former palace adviser, Meghan reportedly "drove two personal assistants out of the household and undermined the confidence of a third staff member."

The following day, Meghan addressed the allegations through a statement from her spokesperson. "Let's just call this what it is — a calculated smear campaign based on misleading and harmful misinformation . . . It's no coincidence that distorted several-year-old accusations aimed at undermining The Duchess are being briefed to the British media shortly before she and The Duke are due to speak openly and honestly about their experience of recent years." In a separate statement to People, her spokesperson said that Meghan "is saddened by this latest attack on her character, particularly as someone who has been the target of bullying herself and is deeply committed to supporting those who have experienced pain and trauma." However, she remains committed to "her work building compassion around the world and will keep striving to set an example for doing what is right and doing what is good." Per usual, Buckingham Palace didn't do anything to refute the claims. Instead, they released a statement of their own, saying that they are looking into the allegations. "Accordingly our HR team will look into the circumstances outlined in the article. Members of staff involved at the time, including those who have left the Household, will be invited to participate to see if lessons can be learned," it said. "The Royal Household has had a Dignity at Work policy in place for a number of years and does not and will not tolerate bullying or harassment in the workplace." Coincidentally, that same day, CBS released another clip of Meghan and Prince Harry's forthcoming interview with Oprah, in which the duchess states that "there is an active role that The Firm is playing in perpetuating falsehoods about us," which seems right in line with how they're handling this situation.

Of course, the timing of the allegations doesn't surprise me. Every time Meghan does anything — in her personal life or on the public stage — the British press circulates the same tired rumors about her. One day it's that she's feuding with Kate Middleton and the next is that she's competing with Queen Elizabeth II. Each rumor somehow gets more ridiculous than the last and each comment is more disgusting and vile than the previous. But has the British media really learned nothing at all?

The world witnessed first hand how the media tore Princess Diana apart following her divorce from Prince Charles in 1996 and how that ultimately led to her death a year later. Harry recently spoke about it too in a sneak peek of his interview with Oprah, saying one of his biggest concerns was "history repeating itself," seemingly referencing the intense public pressure Diana dealt with as a royal. He also touched on it during his appearance on The Late Late Show as he explained his and Meghan's decision to step back as senior royals. "It was a really difficult environment, as I think a lot of people saw. We all know what the British press can be like, and it was destroying my mental health. I was like 'this is toxic', so I did what any husband and what any father would do. I thought, 'I need to get my family out of here,'" he said.

Meghan herself has even publicly spoken out about how she's struggled with the excessive scrutiny from the press. "Not many people have asked if I'm OK," Meghan admitted to ITV's Tom Bradby in 2019. "It's a very real thing to be going through behind the scenes." Here you have both Harry and Meghan telling the world how the unfair treatment from the British press is literally affecting their mental health, and yet they still refuse to back down, particularly during a time when she's especially vulnerable during her pregnancy.

Related:
Meghan Markle's Friends Are Coming to Her Defense: "Find Someone Else to Admonish"

Meghan has already stepped down as a royal and she's back in the US — what more is it going to take for the tabloids to leave her alone? Why must they continue to crucify her time and time again? Can they really just not stand the fact that Harry married a biracial woman? Or, is it the fact that Meghan continues to stand up for herself and refuses to conform to antiquated palace politics? Perhaps it's both. Regardless, nothing can justify the horrifying amount of abuse and harassment Meghan has been — and continues to be put — through. It's time to leave Meghan Markle alone.