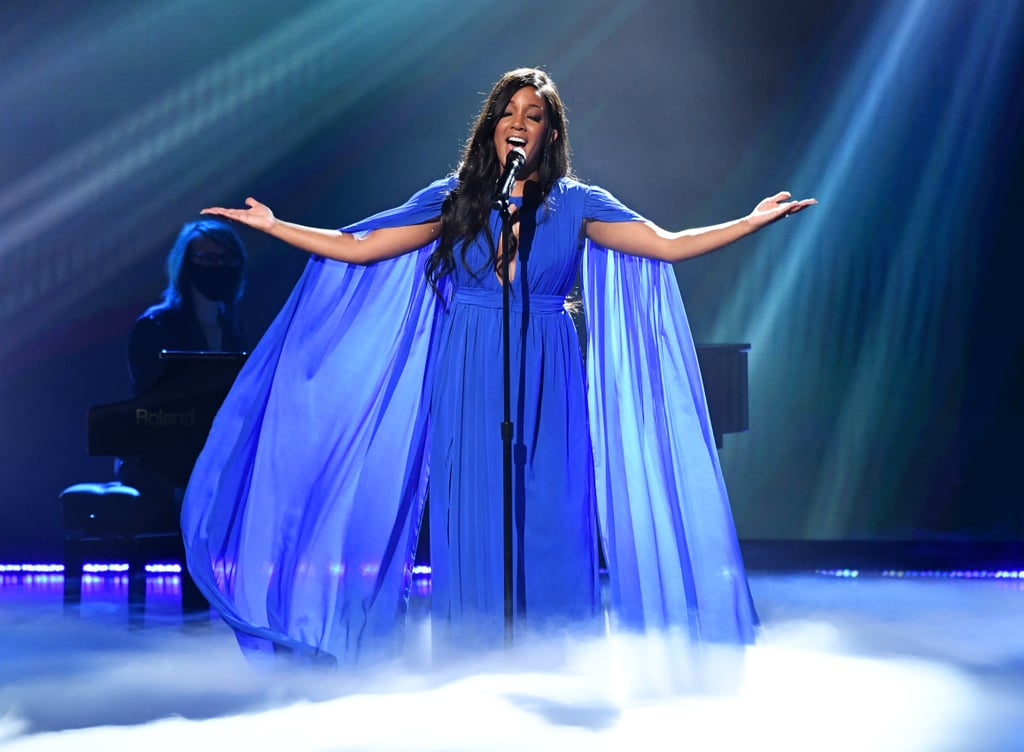 Mickey Guyton is making history once again! After becoming the first Black woman to ever perform at the ACM Awards last year, the 37-year-old Grammy-nominated singer broke another barrier by becoming the first Black artist to cohost the ceremony alongside Keith Urban. Mickey previously spoke to E! News about the increased inclusivity within the Academy, saying, "I'm part of the ACM Diversity Task Force . . . We started this in 2019, and they have been relentlessly working on diversifying the awards in front of the camera and behind the scenes. And that is showing up on the awards. And I'm just so excited to be a part of that change."

Mickey also took the stage for a stunning performance of her 2019 hit, "Hold On," and received a nomination for new female artist of the year, but unfortunately, she lost out to Gabby Barrett. Keep reading to see more of Mickey's historic night at the ACM Awards.

Award Season
Latto Wins Big at the BET Awards: "I Said I Wasn't Gonna Cry"
by Victoria Messina 6 hours ago