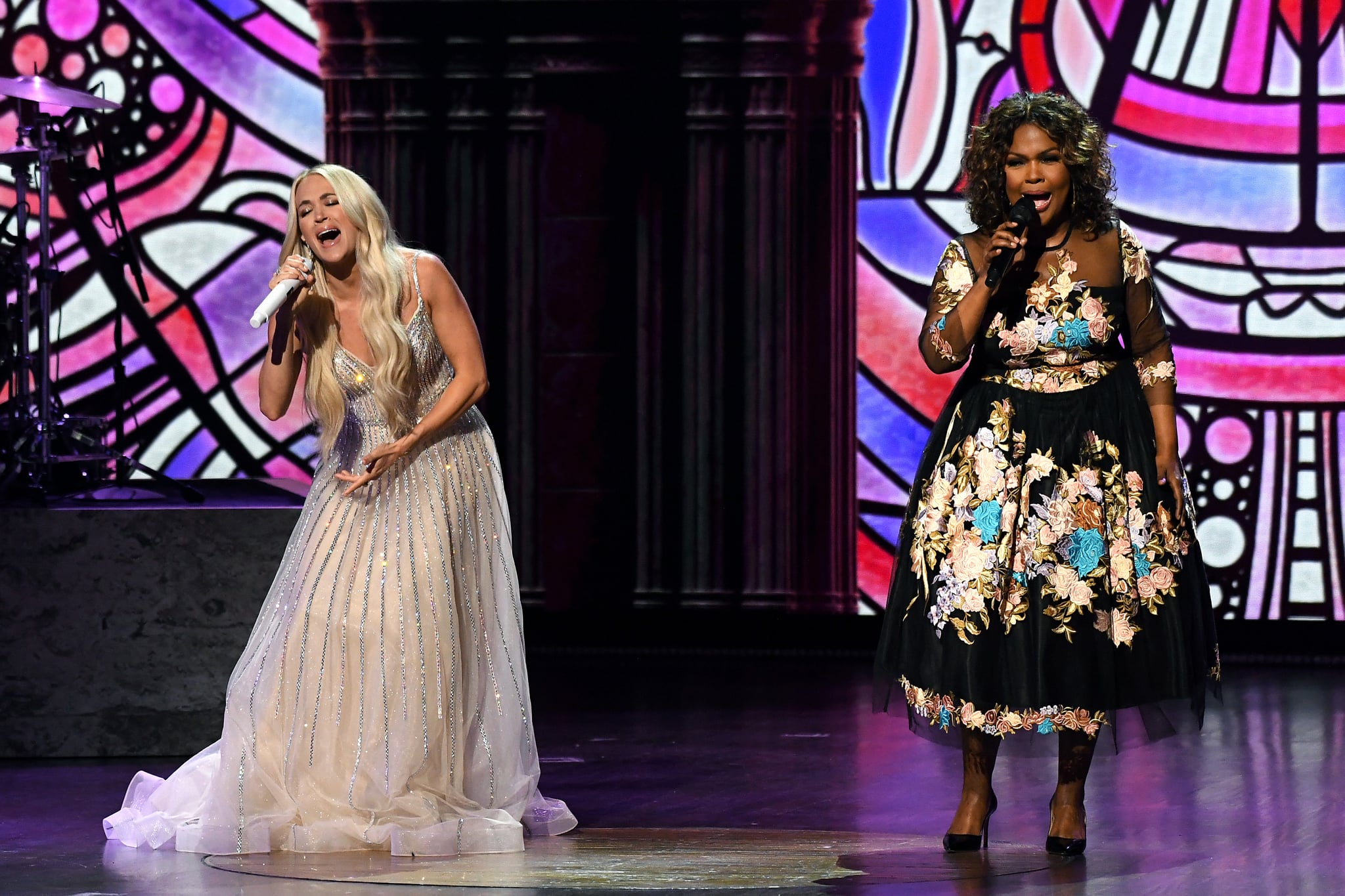 Carrie Underwood is no stranger to lighting up the ACM Awards, and on Sunday, she did it once again when she took the stage for a special performance. Clad in a sparkly gown, the singer performed a gorgeous medley of songs from her My Savior gospel album, including "Amazing Grace" and "How Great Thou Art." She was also joined by CeCe Winans for a duet of their hit "Great Is Thy Faithfulness," and the way their voices melded together was almost, dare we say, heavenly? Last year, Underwood was named entertainer of the year at the ceremony, and this year, she's nominated for video of the year for "Hallelujah" with John Legend.

Underwood's big night at the ACM Awards comes just days after she attended the Latin American Music Awards, where she performed "Tears of Gold" with David Bisbal. Check out her ethereal performance with Winans ahead.