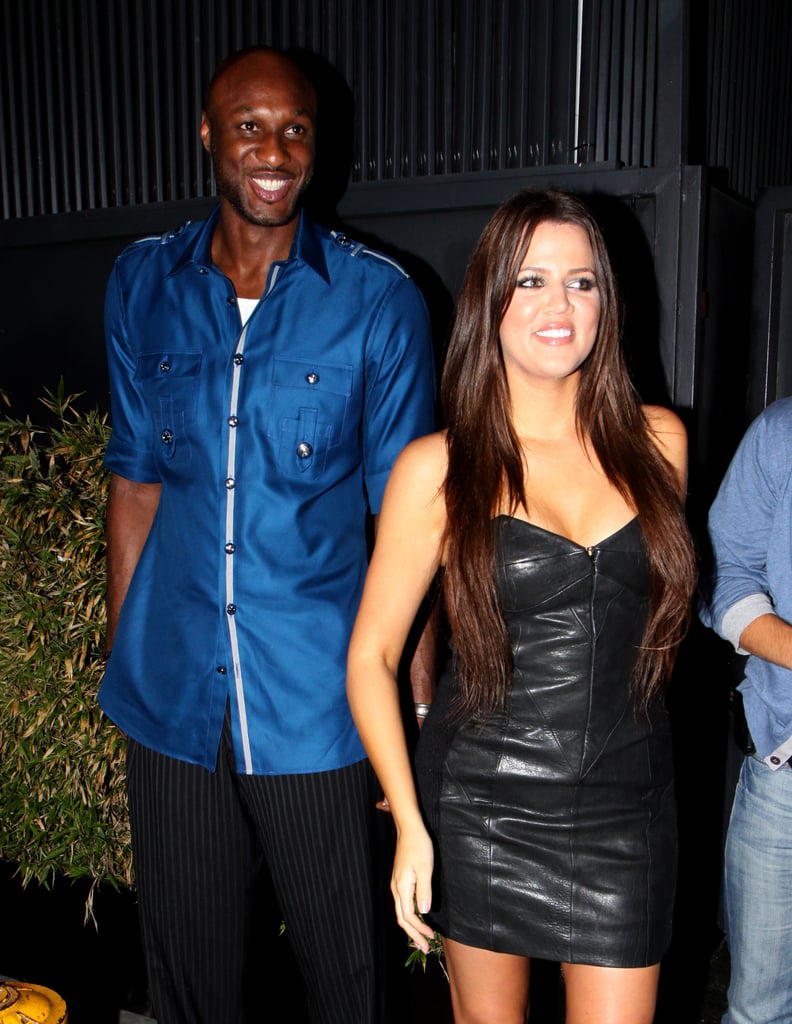 After meeting in late August 2009, Khloé and Lamar quickly became inseparable. Just weeks after their initial introduction, Lamar proposed with a 12.5-carat ring worth a reported $850,000, and days after that, on Sept. 27, the couple got married. They tied the knot in Beverly Hills, with family and friends, including Ryan Seacrest, Kobe Bryant, and Brittny Gastineau, in attendance.

While they were able to pull off a wedding, which was featured in a later episode of Keeping Up With the Kardashians, in such a short time, there were reports that they weren't yet legally married due to negotiations over the prenuptial agreement.