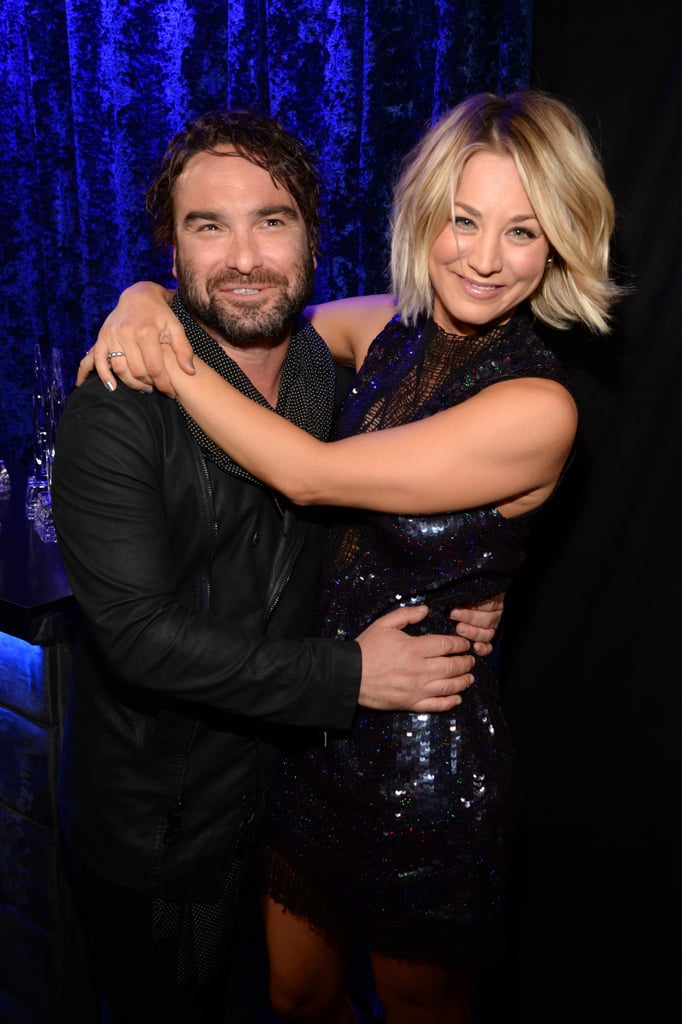 Beginning in 2008, Kaley and Johnny dated secretly for almost two years while filming The Big Bang Theory. They didn't reveal their romance until calling it quits in 2010 and have both since moved on to new relationships, even as they continue to star opposite each other (as husband and wife!) on the CBS show. Kaley married tennis player Ryan Sweeting in January 2014; at the time of her engagement, Johnny told reporters that he was "very, very happy for her," adding, "She's very happy, which makes me terribly happy." Though Kaley and Ryan called it quits in September 2015, she and Johnny are still close IRL and put their friendship on display at the People's Choice Awards in January 2016.

Celebrity Instagrams
Jenna Ushkowitz Is Going to Be a Mom: "Baby Girl Stanley Coming in June"
by Monica Sisavat 3 hours ago