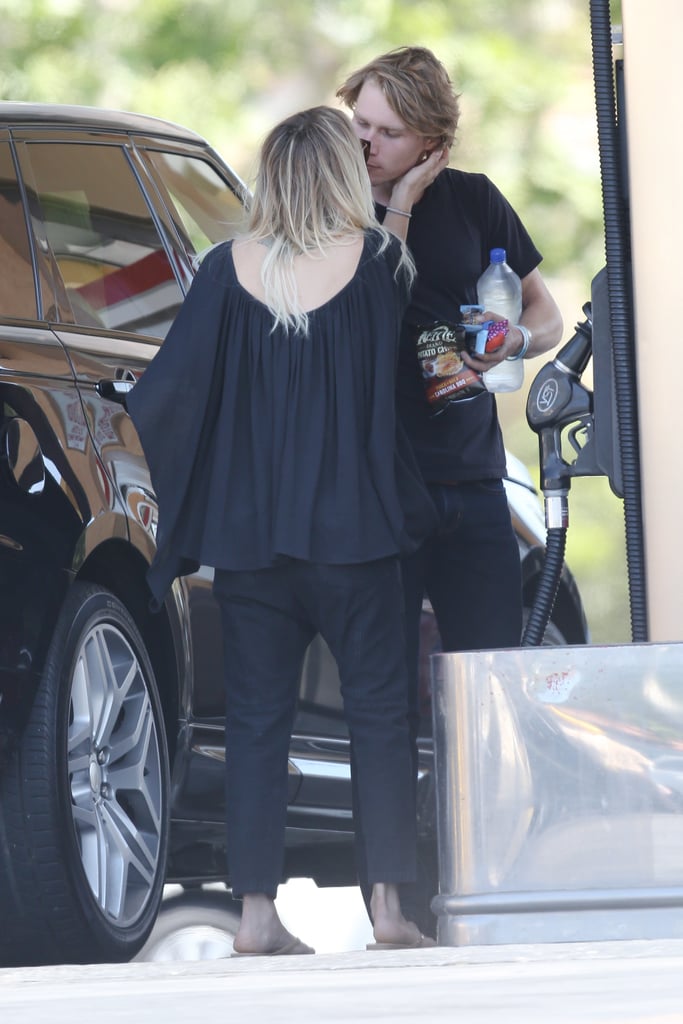 Kaley Cuoco and her boyfriend, equestrian Karl Cook, may have only recently started dating, but they have already had a handful of sweet moments together. The pair was spotted showing PDA in LA on Monday when the Big Bang Theory actress stole a few kisses from her man while at a gas station. After divorcing Ryan Sweeting, her husband of 21 months, in September 2015, Kaley's been getting back in the game with hot red carpet moments and hilarious late-night appearances. Keep reading to see more pictures from her recent outing, then check out her stunning Hollywood evolution.