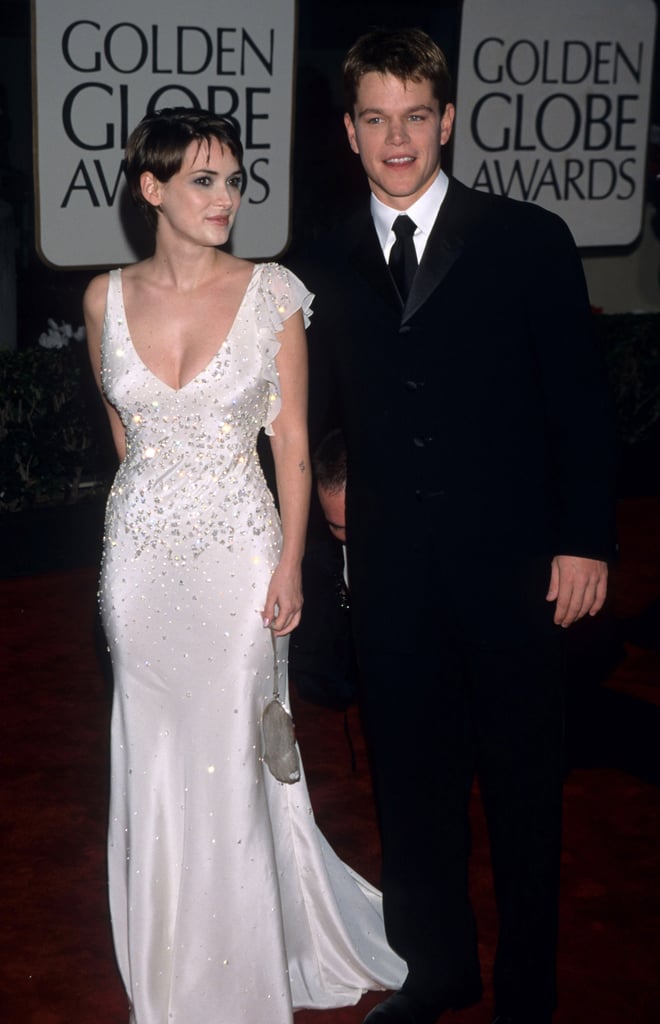 Matt and Winona were introduced in late 1997 by none other than Gwyneth Paltrow, who at the time was good friends with Winona and also dating Matt's BFF, Ben Affleck. Winona and Matt hit it off and started a relationship, and she accompanied him to the Golden Globes in 2000, where he was nominated for his work in The Talented Mr. Ripley alongside Gwyneth Paltrow. They broke up later that year, but Winona had only good things to say about her ex in 2009. "Matt couldn't be a greater, nicer guy," she told Blackbook magazine. "I'm really lucky that I'm on good terms with him."