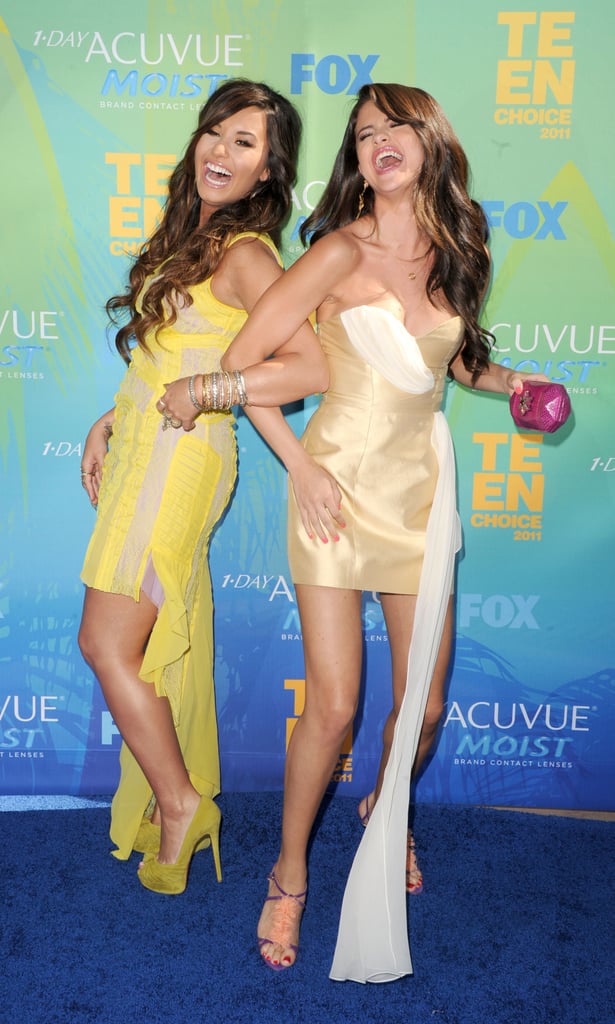 2011: After Demi entered rehab in late 2010, she was released in 2011 and revealed her friends, including Selena, had really been there for her in her time of need. "She called me crying when I was in there and was just so worried," Demi said. "I was like, 'Look, I should be the one crying, it's all good!' But she was so worried and ever since then we've gotten closer."

2013: When their hit songs "Come and Get It" and "Heart Attack" came out around the same time, Demi tweeted her love of the song at Selena, to which Selena responded with a simple smiley face. That same year, Demi told Live From MTV that she and Selena didn't talk every day but they were still in each other's lives. "We've been through a lot together, we've had periods of times where we grew apart and we just didn't really talk," she said. "Now we are in a place where I think we realized that life is so short and that when you have people in your life that love you so much then you should just always be around them. She's going to be a big sister, and I want to be around for that. Everything about her, she has a great soul, she's talented, she's beautiful, and she will always be really, really close to my heart."

Selena Gomez
Selena Gomez Shares a Taste of Her At-Home Cooking Show, and Things Get a Bit Messy
by Karenna Meredith 5 hours ago

Jordan Fisher
The Work It Cast Is So Adorable Together, We Want to Grab Our Dancing Shoes and Join Them
by Mekishana Pierre 5 hours ago

Selena Gomez
Selena Gomez Finally Confirmed When Rare Beauty Launches, and the Wait Is Almost Over
by Jessica Harrington 1 day ago