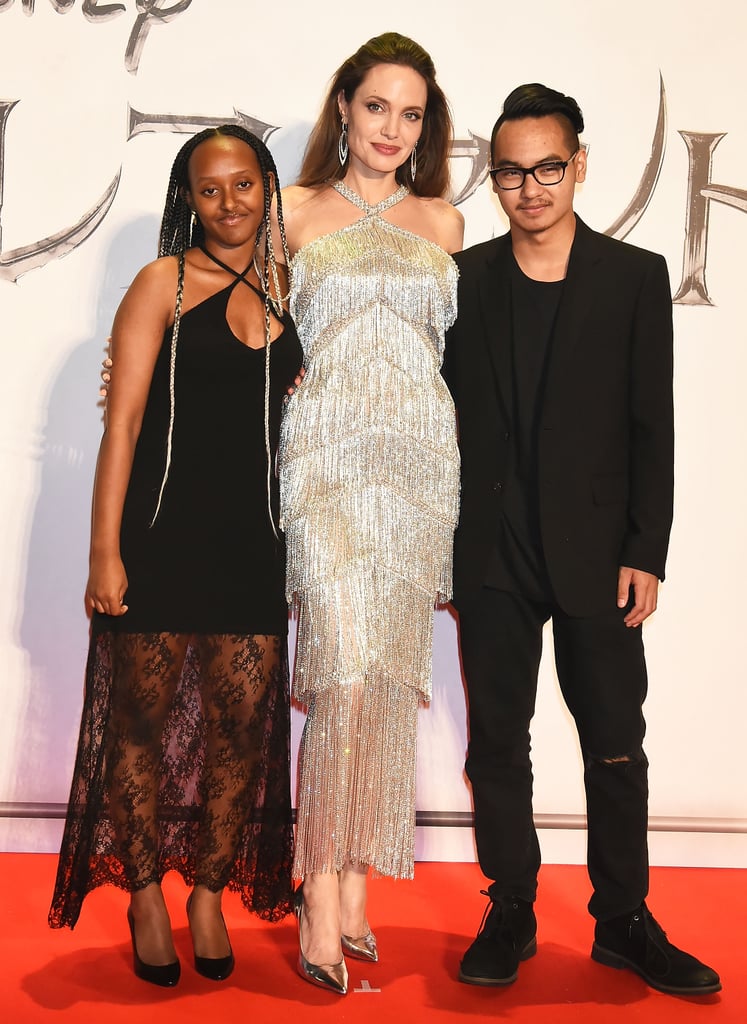 Pitt and Jolie's oldest child, Maddox (pictured right), was born on Aug. 5, 2001, in Cambodia. He was adopted by Jolie in 2002 when he was just 7 months old. At the time, Jolie was still married to Billy Bob Thornton, and they released a joint statement about the adoption. The two officially divorced shortly afterwards. At 18, Maddox started college at Yonsei University in South Korea, with Jolie dropping him off. "I leave today, today's the day I drop him off . . . I'm trying not to cry," Jolie told Maddox's classmates.

Lily Collins
Lily Collins Has a Famous Dad, but Says She Doesn't Use His Name as a "Free Pass"
by Njera Perkins 2 hours ago