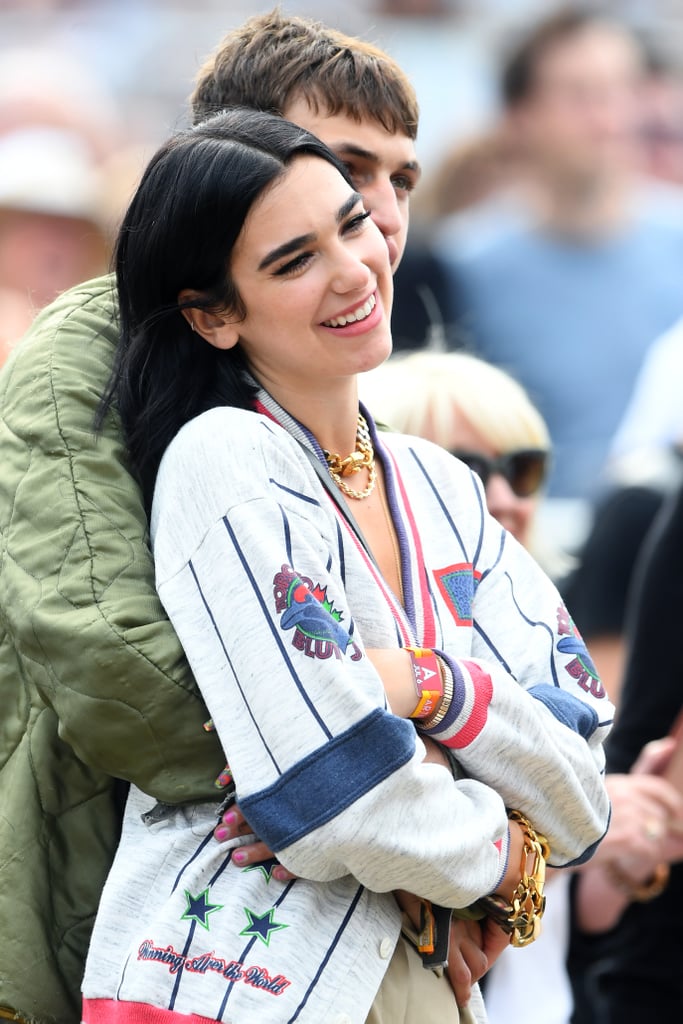 The photo that started it all: Anwar Hadid and Dua embraced at the 2019 British Summer Time Hyde Park music festival. Anwar didn't let any time go to waste with the musician after her split from Isaac. While rumors starting circulating in July 2019, the couple didn't confirm their relationship until New York Fashion Week that September.

Anwar and Dua just celebrated their one-year anniversary, and are now a family of three! The couple rescued a sweet, adorable little pup named Dexter.

Keke Palmer
Who Is Styn? Keke Palmer's Boyfriend Is a Man of Many Talents
by Corinne Sullivan 9 hours ago

Celebrity Couples
No, Jodie Foster Did Not Set Up Shailene Woodley and Aaron Rodgers
by Grayson Gilcrease 4 days ago
Emma Stone
Emma Stone and Dave McCary Were Spotted in LA as They Gear Up For Parenthood
by Karenna Meredith 6 days ago