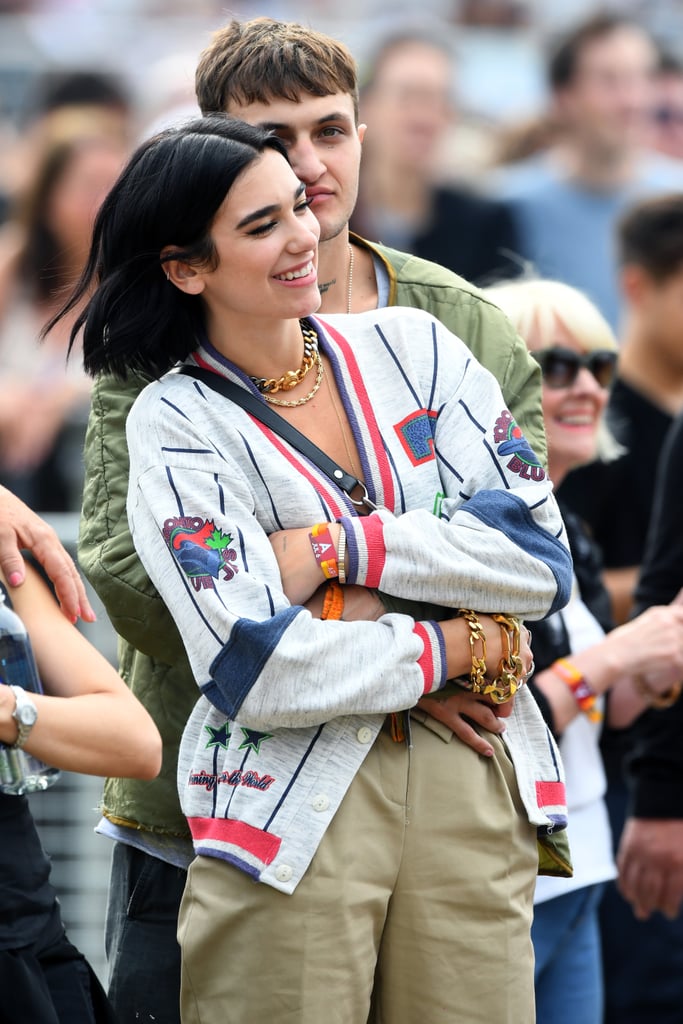 It looks like Dua Lipa has moved on from her ex-boyfriend, 31-year-old celebrity chef and model Isaac Carew. The 23-year-old "New Rules" singer was snapped in the arms of Gigi and Bella Hadid's younger brother, Anwar, 20, while attending the British Summer Time Hyde Park music festival in London on Saturday. Anwar was spotted with his arms wrapped around Dua as she flashed a huge smile. At one point, they even shared a sweet kiss.

While Dua split from Isaac Carew in May, Anwar was most recently linked to one of Gigi's close friends, Kendall Jenner. Though the two were spotted kissing after the 2018 CFDA Awards, they later shut down relationship rumors. Judging by Dua and Anwar's adorable snaps, it looks like love is most definitely in the air. Take a look back at their PDA-filled outing ahead.