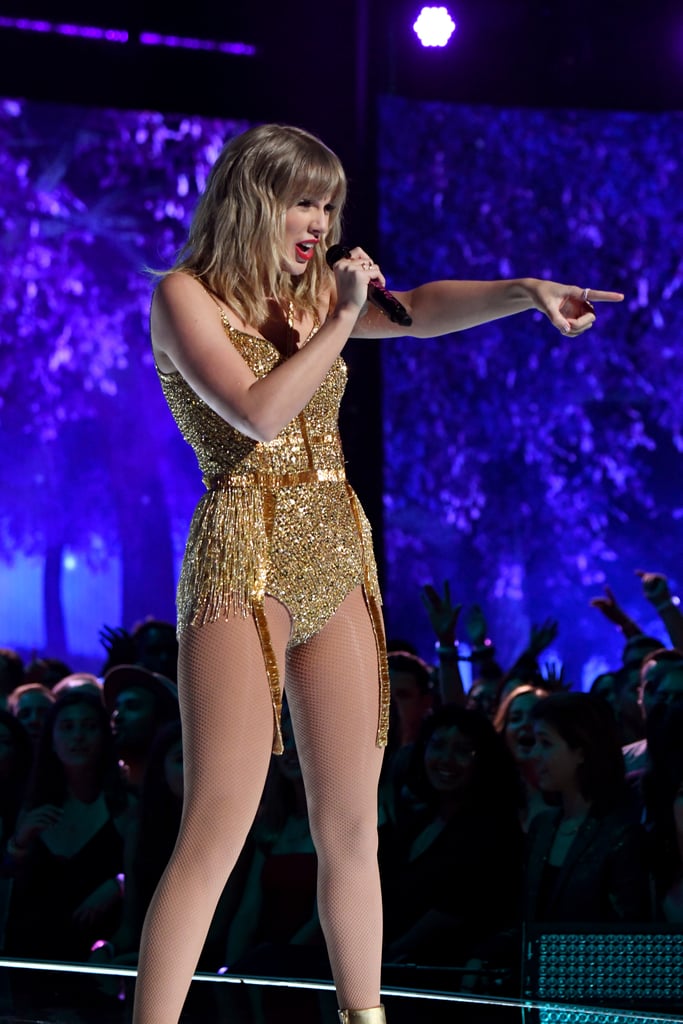 Taylor Swift had the support of some of her closest friends as she accepted the artist of the decade award at the American Music Awards on Sunday. In addition to sharing the stage with Camila Cabello and Halsey during her showstopping medley of her greatest hits, some fans noticed that Taylor also shared a sweet moment with longtime BFF Selena Gomez during her performance.

As Taylor sang her hit "Love Story," the singer adorably pointed to Selena, who was sitting in the audience with her parents Andrea and Scott Swift. While Selena was clearly Taylor's biggest fan during her performance, the "Lover" singer was equally excited as Selena opened the show. Taylor and Halsey were spotted dancing along in the crowd as Selena sang her new hit, "Look at Her Now." We love supportive BFFs!