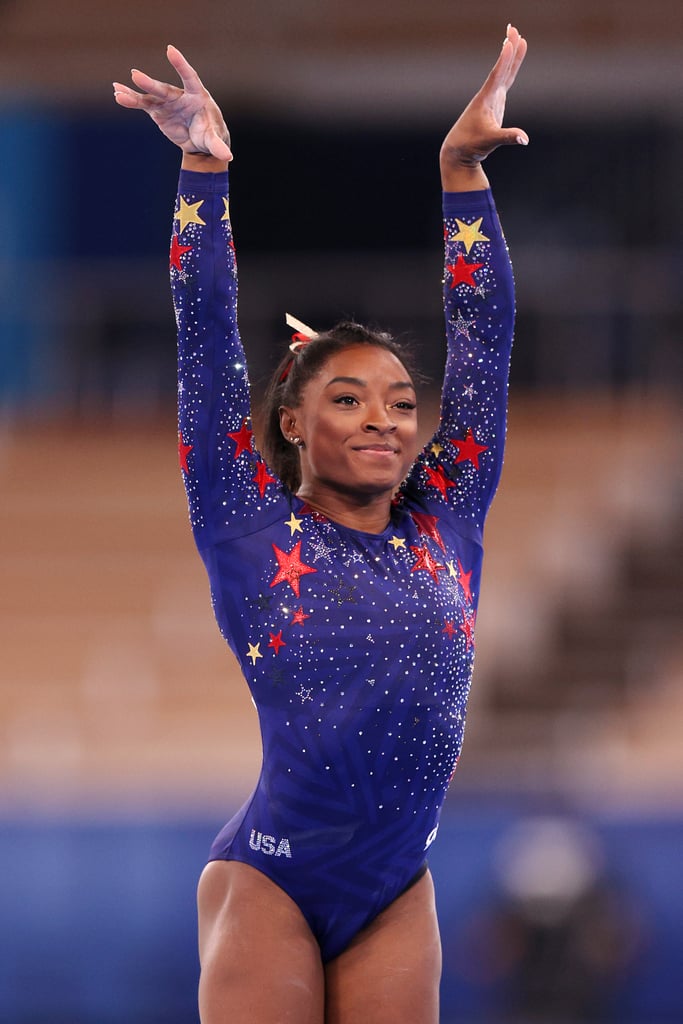 Simone Biles exited the Olympic women's gymnastics team final on July 27 and all-around final on July 28 for her mental health. After some reports stated that her exit was due to an injury, Simone said that was not the case during a Team USA press conference. "No injury, thankfully," she said. "That's why I took a step back, because I didn't want to do something silly out there and get injured, so I thought it was best if these girls took over and did the rest of the job, which they absolutely did. They're Olympic silver medalists now, and they should be really proud of themselves for how well they did last minute having to go in."

Simone previously wrote on Instagram, "I truly do feel like I have the weight of the world on my shoulders at times," and during the press conference, she said she's "never felt like this going into a competition before." It's still unclear whether Simone will participate in the remaining event finals in Tokyo. However, while speaking with reporters, the 24-year-old athlete said she was "just dealing with some things internally which will get fixed out in the next couple of days."

Following Simone's exit, celebrities, activists, and athletes alike showed their support for the gymnast on social media. In response to Simone's post about Team USA's silver medal win, her boyfriend, Jonathan Owens, commented, "I'm so proud of y'all 🤞🏽❤️." Simone's former teammate Aly Raisman also shared an important reminder during a Tuesday appearance on the Today show. "When you watch the coverage of gymnastics, I think sometimes people forget she is human," Aly said. "She has pains like all of us, she has stress like all of us. Simone has more pressure than any other gymnast I've ever seen in my lifetime." See how everyone is rallying around Simone ahead.

Fashion Trends
Why Racket Sports Are Taking Over Your Friend Group, TikTok, and Closet
by Kalea Martín 16 hours ago

Sports
US National Teams Are Splitting World Cup Prize Money. The Internet Is Mad About It.
by Maggie Ryan 21 hours ago