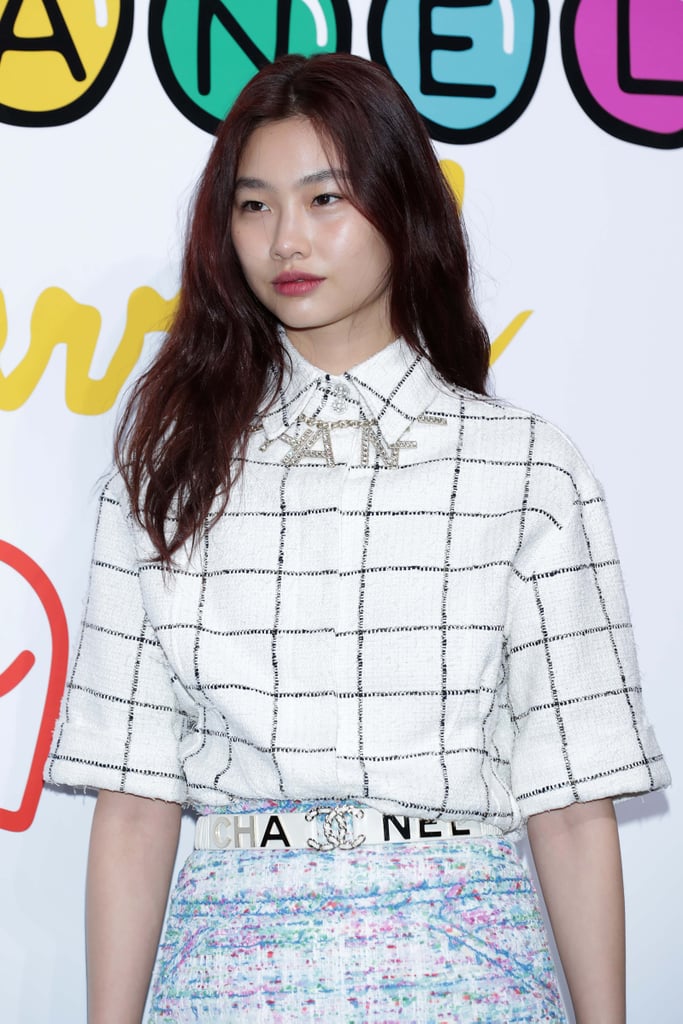 If you haven't watched Squid Game on Netflix yet, then you're seriously missing out. The Hunger Games-esque series tells the story of a group of financially troubled people who are given the chance to change their lives by winning huge sums of money by playing classic schoolyard games — though failing at those games leads to deadly consequences.

If you've binged all nine episodes, then you've most definitely found yourself captivated by the tenacious and secretive Kang Sae-byeok, aka Player 067, played by HoYeon Jung. If HoYeon looks familiar, it might be because you've seen her walk runways for major designers, but it won't be because you recognize her from another K-drama. Squid Game is HoYeon's first foray into acting, and so far it's been a major success.

The show premiered on Netflix back in September, and it has since exploded in popularity — Ted Sarandos, a co-CEO for the streaming service, said there's "a very good chance it's going to be [Netflix's] biggest show ever." Since things look like they're only going up from here, it's time you get to know the model/actress behind the mysterious Sae-byeok. Check out the gallery to get to know her better.