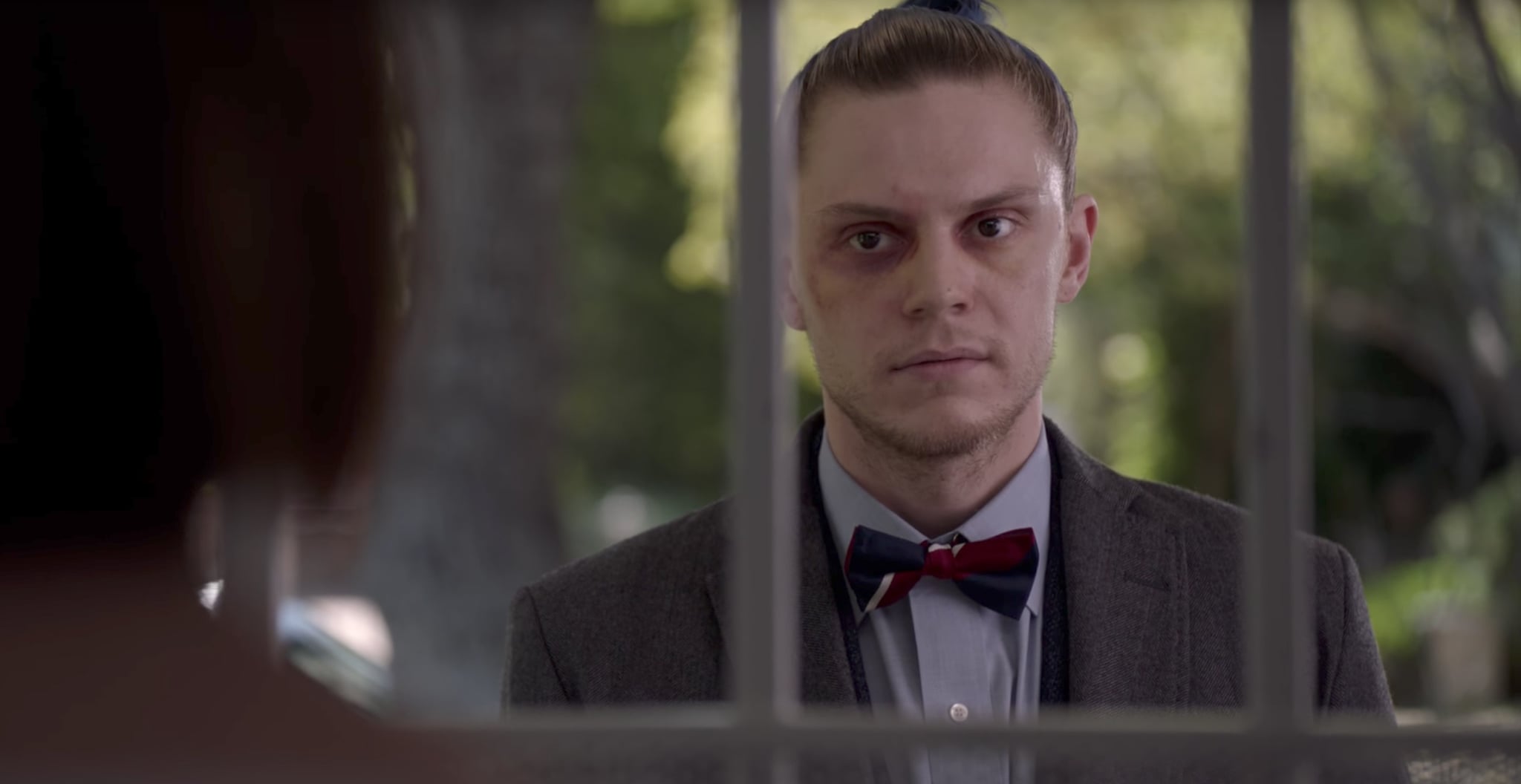 At this point, we've opened up the belly of American Horror Story: Cult. After this week's episode, we have a lot figured out. We've discovered who's who among the creepy clowns, we've gotten a much better picture of what turned Kai into the monster he is today, and we've even picked a prime suspect for the leader. All things considered, there's still one aspect of the season that we can't quite put a finger on: how the hell are Kai (Evan Peters) and Ally (Sarah Paulson) supposed to fall in love? If you're scratching your head, we're here to hold your hand and walk you through the logic as best we can.

First of all, you may have forgotten how this whole aspect of the season came up in the first place. The thing is, show creator Ryan Murphy actually teased Kai and Ally's special relationship way back in July before the season premiered. Murphy posted some concept art for the two characters on his official Instagram account and included a rather perplexing caption. "Ally and Kai in CULT," he wrote. "A love story for the ages." Once the season got started, the idea seemed completely bizarre. Ally is a lesbian who's married to Ivy (Alison Pill)! What's more, Kai is an utter antagonist to her! He starts the season by throwing a latte on Ally and Ivy and calling Ally a b*tch!

After a while, things are beginning to seem a tad more clear. Kai apologizes to Ally for what he did. As the episodes progress and Ally faces savage backlash for accidentally killing someone, Kai becomes something of a hero to Ally. He makes the protesters go away. He tells Ally he will protect her. He tells her to have a nice day. Meanwhile, Ally's marriage falls to pieces. Ivy has moved out and canceled all the credit cards. Ally is alone. In some dark moments, it's not hard to see how Kai is the only person she has left.

At the end of September, Peters gave us even more insight into the impending relationship. During an interview with The Hollywood Reporter, he teased Ally's significance in the context of the cult. "Ally is very special to Kai because she is terrified of a lot and has phobia, the worst kind of fear. It's a challenge for Kai to maybe take her in and make her the queen, his right-hand woman. There's something special and bewitching about her, where he sees her as an integral part of his master plan. Almost a heaven-sent figure." Peters goes on, saying, "It definitely goes into a strange, odd, combative but loving relationship — if that makes any sense."

The quotes in the interview mostly corroborate the logic we have so far. Kai is convincing Ally, slowly but surely, that he's her safe space. At this point, it's not exactly clear why Kai thinks Ally is so special, but it's easy to see his game of cat and mouse. Now that we know the path of seduction he's taking, it's not as difficult to figure out where things will go.

Kai will continue to pull Ally in. Now that she realizes Ivy is in the cult, it makes sense that she'd want to be with Kai to be a step above her and to retaliate emotionally. What's also clear is Kai is a person who is fueled by fear. That's why Ally makes the perfect complement to Kai. He's trying to incite fear in everyone around him, and Ally is literally scared of everything. It's symbiotic. Her manic phobias are feeding his power.

For the record, I think Ally will eventually find her strength, thanks to Kai. I mean, look at Murphy's concept art on his Instagram: Ally appears confident and alluring. She's dressed in dark clothes and she very much looks like Kai's other half. Maybe Kai's decision to make her his "right-hand woman" and "queen bee" is what she needs to overcome her terrors. He's literally making her the master of her own fears. I have a feeling that once Kai helps her get a grip on all her deepest anxieties, she'll really come into her own in totally unexpected and unfathomable ways.