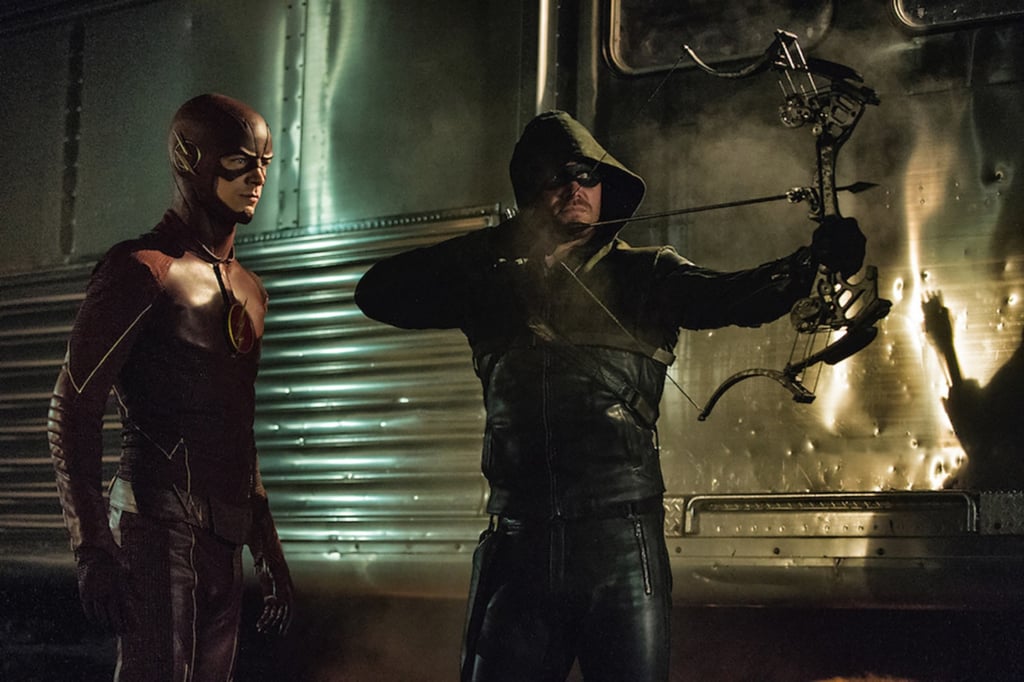 This Year's Arrowverse Crossover Might Be the Most Epic One Yet — See the Photos!

It seems like every DC superhero crossover event on the CW gets bigger and bigger every year. We first saw Barry Allen (Grant Gustin) and Oliver Queen (Stephen Amell) join forces four years ago and the power-packed crossover expanded last year to include The Flash, Arrow, DC's Legends of Tomorrow, and Supergirl. This year, fans can expect to see an exciting mash-up of new heroic faces when Batwoman (Ruby Rose) and Superman (Tyler Hoechlin) also get in on the action.

The crossover, titled Elseworlds, will take place over the span of three days, from Dec. 9 to Dec. 11. The storyline will follow Barry, Oliver, and Supergirl to Gotham City where they will team up with Batwoman to stop a crazed Arkham Asylum doctor. Judging by the latest promo poster for the event, Oliver becomes the Flash and Barry becomes the Green Arrow — um, what?!

Although it sounds like a dark, twisted premise, the cast has been posting some lighthearted pictures of each other from the set, including one that confirms Hoechlin will wear Superman's black suit from the comics. Check out some of the behind-the-scenes photos and posters of your favorite Arrowverse heroes below!

Previous Next Start Slideshow
The FlashArrowSupergirlTVCW