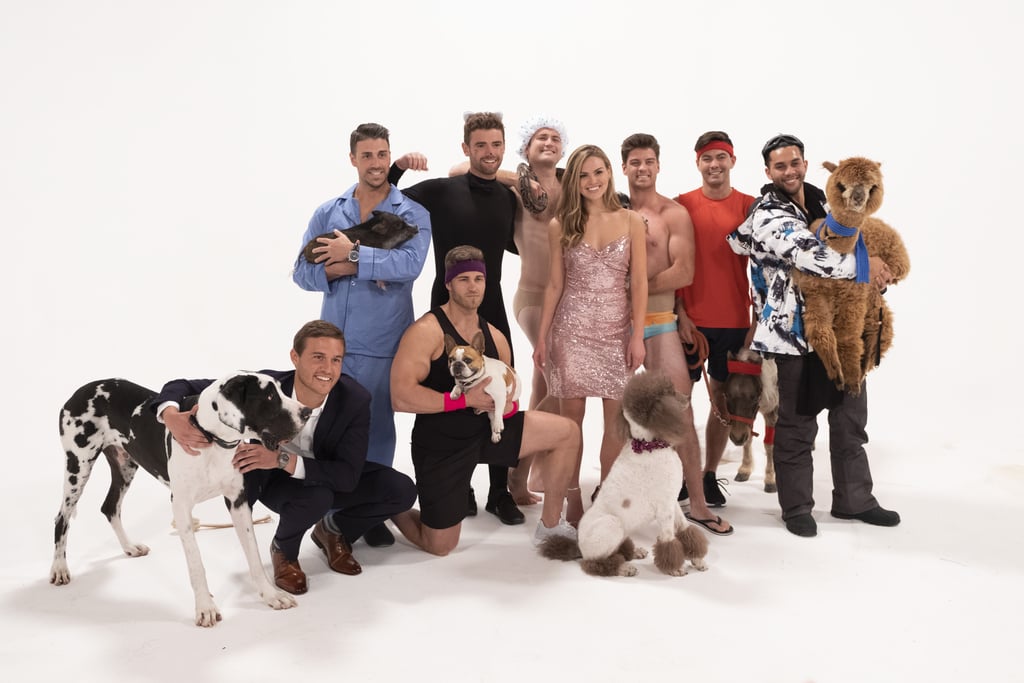 All the Cringey Pics From The Bachelorette's Photoshoot Group Date, For Your Viewing Pleasure

On the hunt for a cringe-worthy annual calendar to plop on your office desk? Welp, we may have just found some worthy photos to use for each month. ABC just released photos from The Bachelorette's photoshoot group date, and reliving it all over again is beyond entertaining, to say the least.

During the second group date of the third episode, eight of the contestants — Dylan, Luke S., Joey, Devin, Grant, Garrett, Luke P., and Peter — were paired with various animals, including a giant snake, tiny mice, and fluffy dogs, for a studio photoshoot. They attempted to model and strike poses with each furry (or scaly) creature while photographer Franco Lacosta snapped away on the camera. Oh, and every guy also had the chance to take a few sweet snaps with Hannah Brown, which got pretty steamy for some of them.

Ahead, check out all the awkward photoshoot pictures to see just how damn good Garrett looked in his Speedo, and then read all the funny fan reactions to the pregnancy-related group date from the third episode.

Netflix
Did Any of the Crimes on Netflix's Ratched Actually Happen? Here's the Deal
by Stacey Nguyen 10 hours ago

Netflix
Wondering Why You Recognize That Scary Music in Ratched? It's Pulled From a Classic Thriller
by Hedy Phillips 2 hours ago

Netflix
Ratched: Everything You (Don't) Want to Know About Mildred's Incredibly Dark Past
by Hedy Phillips 47 minutes ago

Netflix
Not Sure If You Can Handle the Gore in Netflix's Ratched? Here's a Guide
by Grayson Gilcrease 20 hours ago