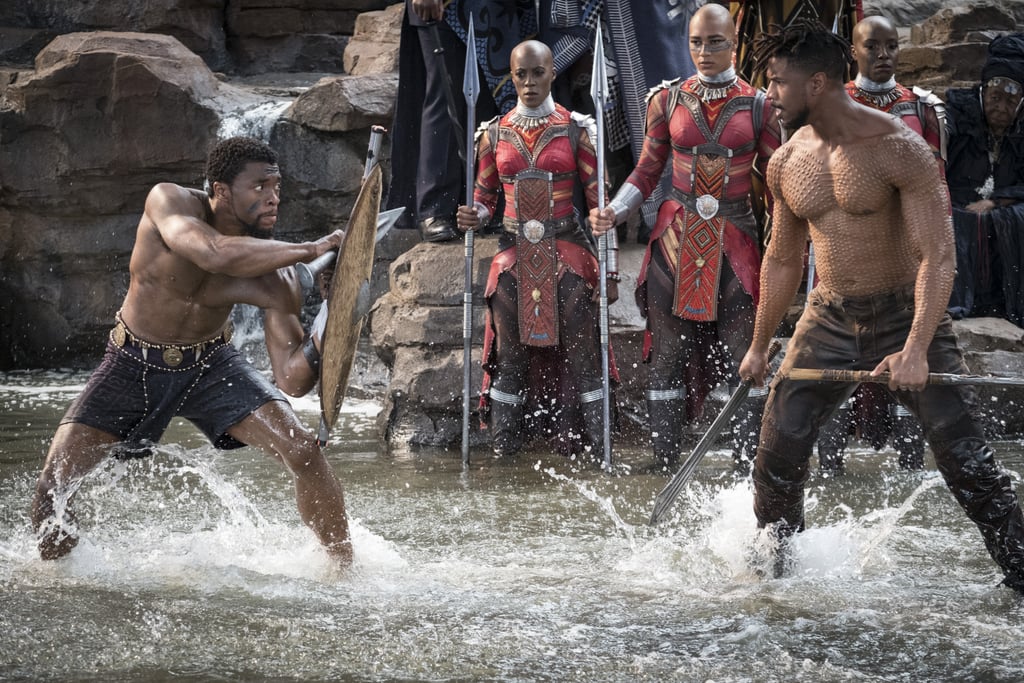 I'm not sure if you've heard, but there's a little movie called Black Panther out now. Not only has Marvel's latest superhero film already smashed ticket presale records to smithereens, but it also features one of the most beautiful casts Hollywood has ever amassed in one film. It's the latter reason — combined with stunning sets and some truly jaw-dropping costumes — that make looking at photos from Black Panther such a wondrous experience. And, to be honest, who doesn't need more shirtless pictures of Chadwick Boseman and Michael B. Jordan in their lives? No one, that's who. Crank up the soundtrack, and read ahead for every gorgeous shot from the Ryan Coogler-directed film.