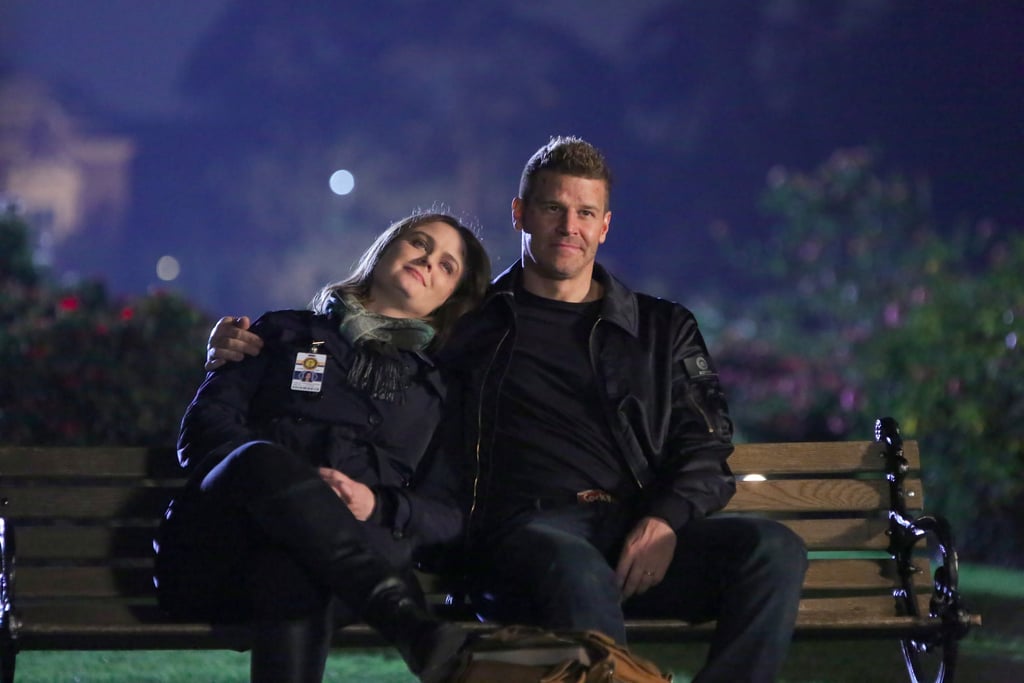 Bones: Every Heartbreaking Picture From the Series Finale

Bones has been entertaining us with, well, literal bones since 2005, but it's all about to end. Fox chose to cancel the show after a shortened 12th season (a pretty long run, if you ask us) and the series finale is airing at 9 p.m. on Tuesday, March 28. The network has posted pictures from the finale, "The Final Chapter: The End in the End," and if you count yourself among the show's many fans, you'll no doubt get emotional at the sight of Brennan (Emily Deschanel) and Booth (David Boreanaz) in one last embrace.

Related:
TV Scorecard: Which Shows Have Been Renewed or Canceled in 2017?
Previous Next Start Slideshow
David BoreanazBonesEmily DeschanelTV

HBO
Will There Be a Third Season of HBO's Betty? Here's What We Know So Far
by Corinne Sullivan 14 hours ago