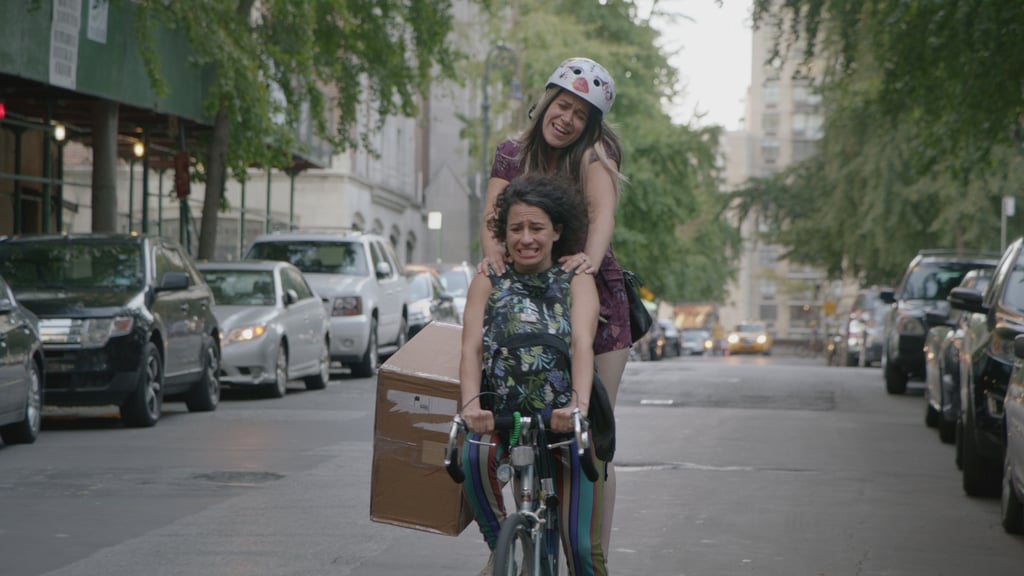 Alright guys, I'm going to try not to cry as I type this: the last episode of the last season of Broad City is now upon us. Pretty crushing, right? As much as we thought all the wild antics, blue bandage dresses, period jeans, and all the amazing feminist moments on the show would go on forever, the Comedy Central series is at an end.

The show's stars, Abbi Jacobson and Ilana Glazer, have gone from 20-something pioneers to 30-something industry icons in the last year or so, establishing their progressive ideals both in person and through each episode of their show. But it's more than that. The situations their characters fall into, be them a bit hyperbolized, are so, so relatable.

To commemorate these fierce women and everything they've given us, we've rounded up a few life lessons we've learned from Abbi and Ilana.

Beauty News
Who Are the Artists on Netflix's Tattoo Redo? You're Probably Already Familiar With a Few
by Danielle Jackson 4 hours ago

Grown-ish
Grown-ish Tackles Black Lives Matter Like Never Before, and Its Cast Finds Catharsis as a Result
by Monica Sisavat 7 hours ago

Netflix
Calling All Sexy Beasts: Get Ready For Season 2 to Drop Later This Year
by Emily Weaver 9 hours ago

by Jennifer Fields 6 hours ago

In a Passionate Letter, Allyson Felix Shows Her Daughter — and the World — What a Strong Mama Looks Like