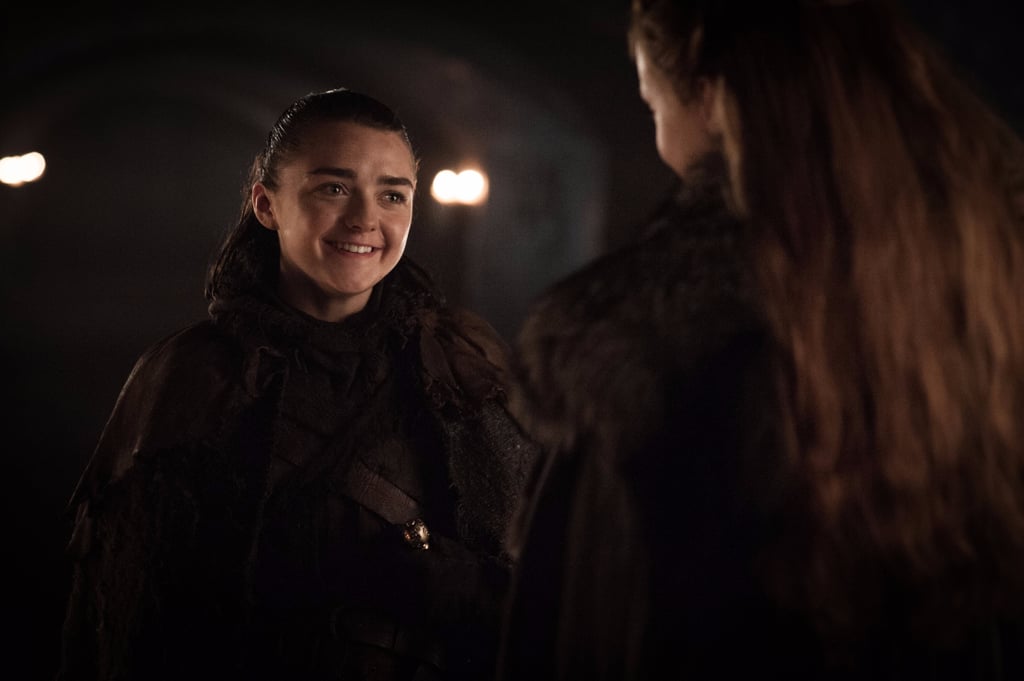 The following contains spoilers from Game of Thrones season seven.

Now that the living Stark siblings have reunited in Winterfell for Game of Thrones' seventh season, similarities between the kids and their departed parents abound. While many have chosen to focus on how much Sansa and her mother look alike, one of the most stark (heh) comparisons has been between Arya and her father, Ned. And it seems that after the season's fifth installment, we will learn the true depths of Arya's similarities to Ned Stark quite soon — that is, if Petyr "Littlefinger" Baelish has anything to say about it.

It's a battle between super sneaks, and eventually it will boil down to whether Arya is truly the embodiment of her dad or if she has learned more about deception than he ever knew.

A big show is made of Arya Stark tailing Littlefinger and discovering that he has summoned an old message from Winterfell's maester on behalf of a grateful "Lady Stark." Arya follows Baelish and reads the message, which fans have discovered is Sansa's coerced message to Robb from season two, when Cersei forces her to encourage Robb's surrender and denounce her own father as a traitor. Always hiding in the shadows, Littlefinger sees Arya — who has been butting heads with her sister over how Sansa governs Winterfell — read the message and smiles smugly to himself.

Though episode five contains other major revelations, like Jon Snow's Targaryen legitimacy and everything Gendry has been up to, the fact that Littlefinger is still quietly scheming should be deeply disturbing to fans. Between Arya's training with the Faceless Men and Littlefinger's decades of experience manipulating and backstabbing throughout Westeros, discerning which character actually has the upper hand is impossible. It's a battle between super sneaks, and eventually it will boil down to whether Arya is truly the embodiment of her dad or if she has learned more about deception than he ever knew.

In the discussion after the HBO episode, showrunners Dan Weiss and David Benioff confirm that Littlefinger is attempting to drive a wedge between Arya and Sansa to get a better manipulative hold on Sansa. By planting the seemingly incriminating message from Sansa and pretending that it was Sansa who was attempting to hide it, Littlefinger is undoubtedly trying to plant the seed in Arya's mind that Sansa is a traitor to her family and should not be trusted. Let's dive into the possible outcomes of Littlefinger's plot, shall we?

Previous Next Start Slideshow
Game Of ThronesTVRedditTheories
Around The Web