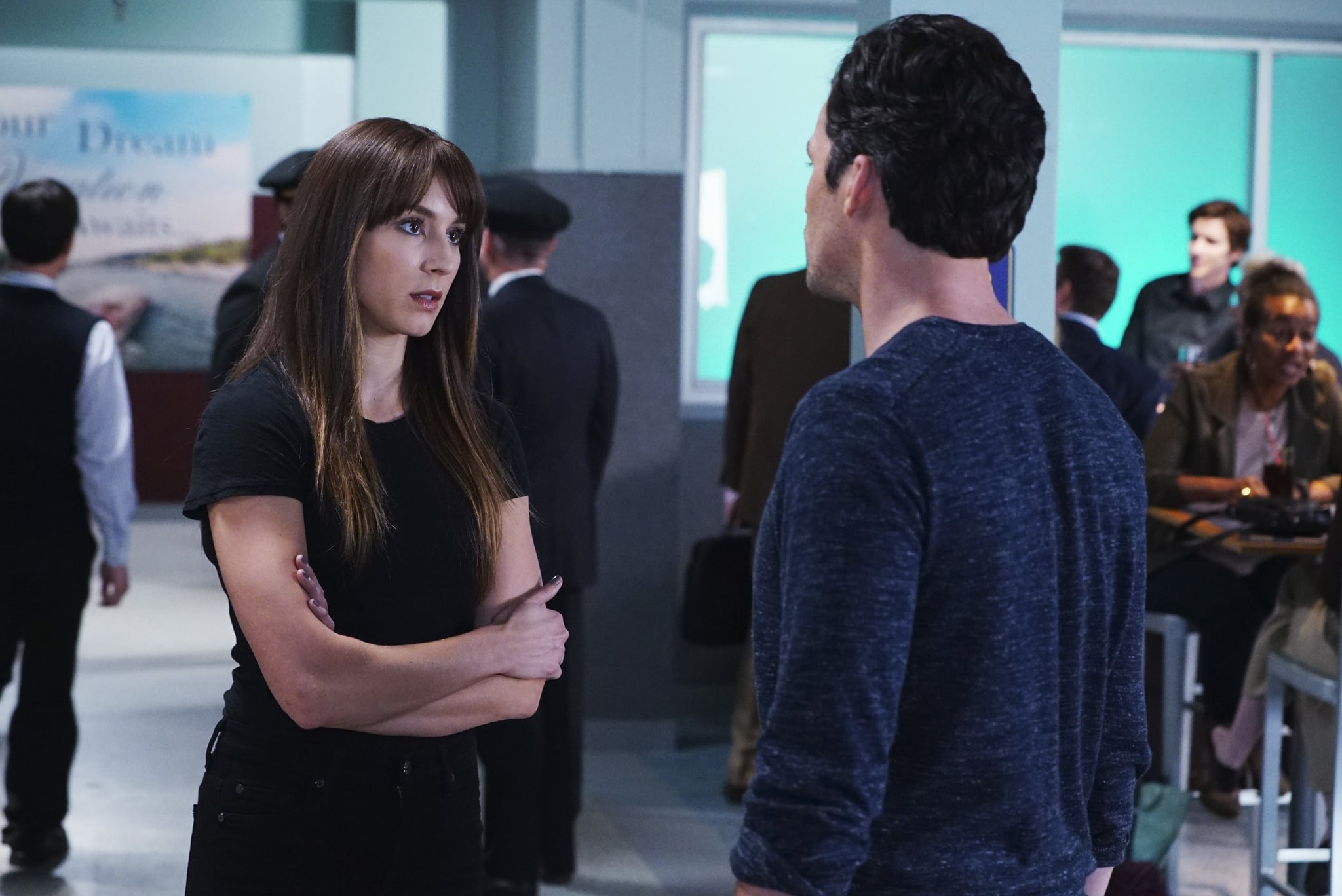 I've been involved in the world of Pretty Little Liars ever since the first episode came out in June 2010. I've seen the girls grow, I've read and considered every crazy theory, and have never been able to make my mind up on who I think "A.D." might be . . . until now.

In a recent episode, we see Ezra arrive at the airport to make yet another trip to New York, and there, in the background, is Spencer, having a rather intense conversation with Wren Kingston. As she walks up to Ezra, she asks him not to say a word to the other girls. The scene pretty much ends there, and Wren is now nowhere to be found. Although I immediately wondered what Wren was doing in the airport with Spencer, I brushed it off thinking that it was yet another ruse from the show's creators to divert us from real clues. But as the days passed, I couldn't shake off this idea: what if it wasn't really Spencer who was talking to Wren? What if it was Spencer's twin?

The twin theory has been around for quite some time now, and this hypothetical character has even made it onto our final list of suspects. Since watching that episode, I can't help but think that Wren and the twin are the people behind "A.D." — and after reading this, you might agree.

Could Spencer Really Have a Twin?

As mentioned above, the twin theory has been around for a long time, although everyone used to think that it was Alison who had a double. As Mary Drake is Spencer's biological mother, it wouldn't be surprising to learn that she has a twin. After all, mothers who are twins are more likely to have twins themselves. And what would link Spencer's sister to Wren, you ask?

Wren is yet another character who is on our list of suspects. As we all know, he has always been woven into Radley Sanitarium (where Mary Drake gave birth), and he has ties to Charlotte through Radley Sanitarium. If the twin theory proves correct, it means that Spencer's sister could have spent most of her life at Radley, which is where she would have met Charlotte, Wren, and possibly Mona.

Once again, if the twin theory is correct, it probably wouldn't be wrong to assume that she might have a grudge or two against her sister and her friends. And seeing as Wren tried several times to break the Hastings family apart, he might have just been trying to help. Additionally, let's not forget that he has medical knowledge, which means that he could be the mastermind behind Ali's pregnancy.

Oh, and one last thing. Considering that Mary decided to sacrifice herself when the group could simply have decided to uncover the identity of "A.D." and send her/him to prison, it makes sense that she would only do it to protect both her daughters, don't you think?