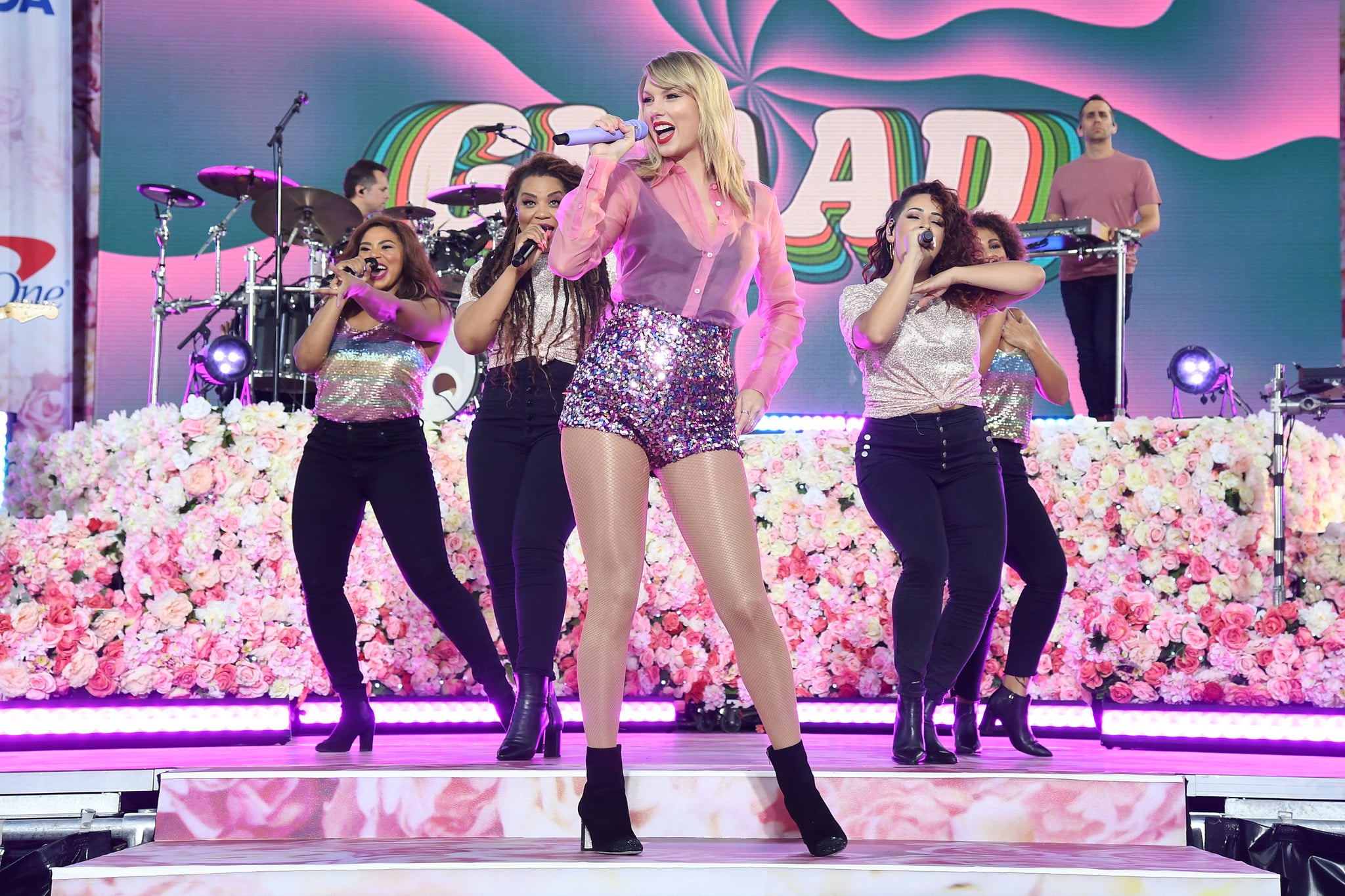 Taylor Swift is just hours away from releasing her seventh album, Lover, but she already has plans for more music in the future. During her performance on Good Morning America, the "ME!" singer confirmed that she plans to rerecord her first five albums in an attempt to own the masters to her original music. "Yeah that's true, and it's something I'm very excited about," she told Robin Roberts. "My contract says starting from November 2020, I can start rerecording albums one through five. I think artists deserve to own their own work. It's next year — I'm gonna be busy."

The announcement comes after her former label, Big Machine Records, was sold to talent manager Scooter Braun for $300 million. The singer reacted to the news by writing an impassioned Tumblr post about how the sale to Braun was her "worst case scenario" and said she had received "incessant, manipulative bullying" from him "for years." Shortly after, several artists sided with Swift and even urged her to rerecord her old albums. Well, it sounds like she took their advice!

Now that Swift has confirmed she is rerecording her albums, I can't help but wonder what they will sound like. Will they be exact copies of the originals, or will they all have a new spin? Assuming they are new, updated versions of the songs, I just have a few requests:

Thank you for your service, Taylor Swift. I can't wait to bust out a Junior Jewels shirt and sing each and every track into my hairbrush all over again.