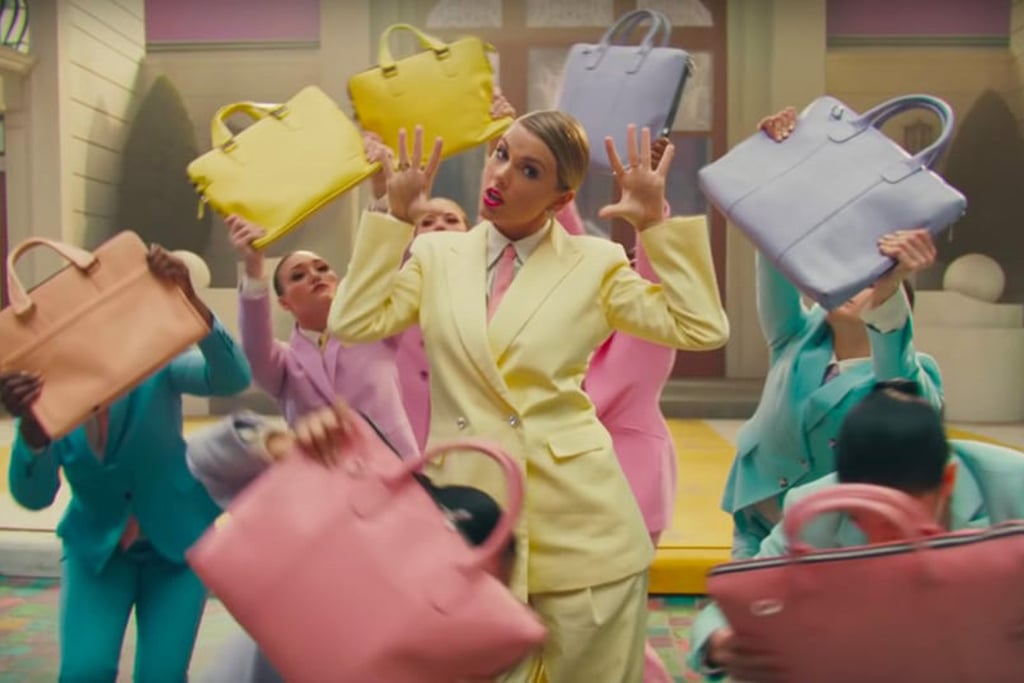 Taylor Swift is back at it again! After teasing new music all week long, the singer finally unveiled her new video for "Me!" alongside Panic! at the Disco singer Brendon Urie. Of course, as any Swiftie knows, that was only the beginning of the fun. Ahead of the video's release on YouTube, Swift confirmed that there are a ton of Easter eggs hidden throughout the video. While some were pretty easy to spot (see: a framed photo of the Dixie Chicks), others are a little harder to decipher. Did she casually reveal when her seventh album is coming out? See all the hidden references my fellow Swifties and I could find ahead!