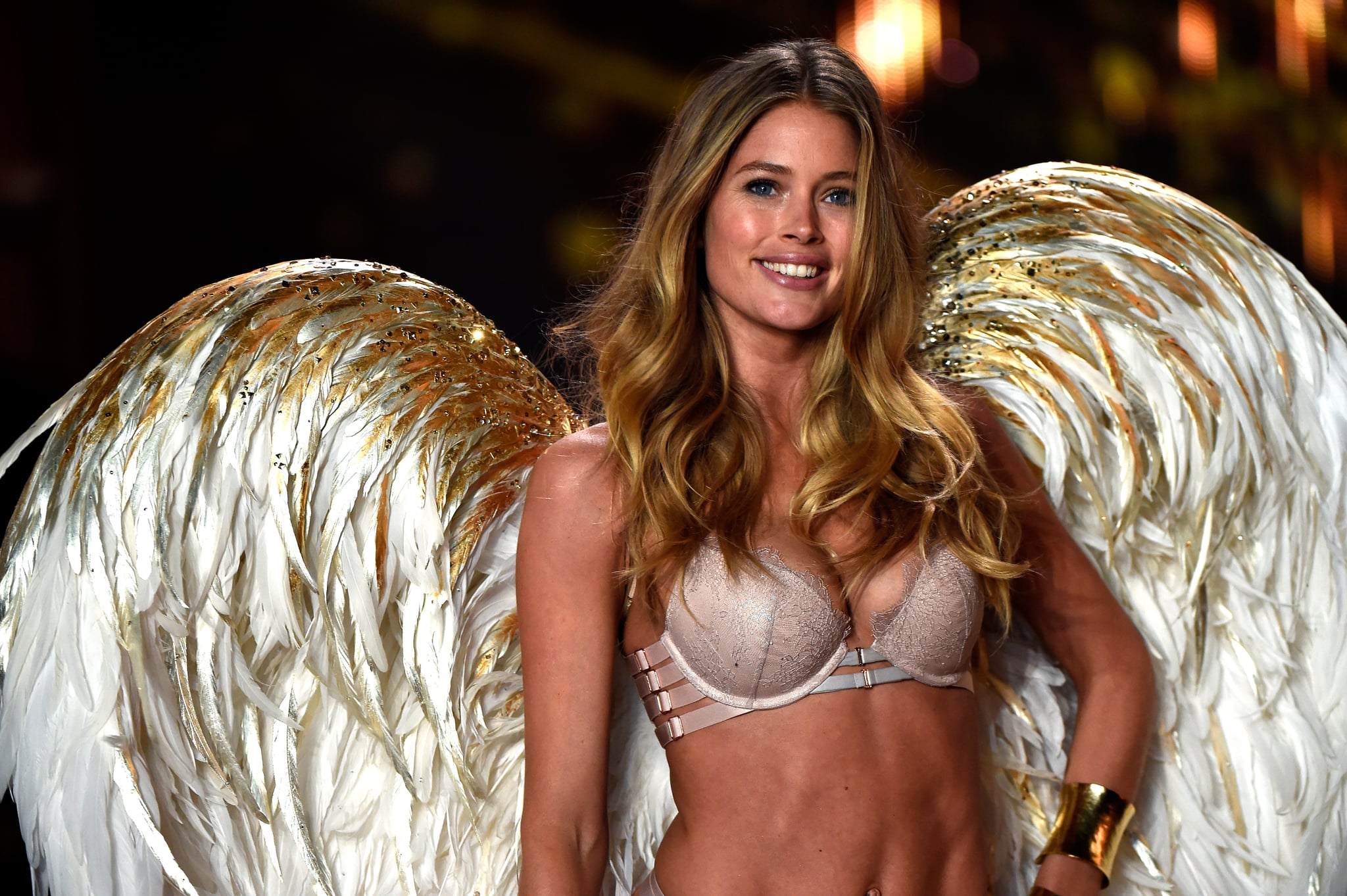 Which do you think is more difficult: strutting down a runway in high heels and lingerie while wearing a pair of massive, heavy wings or stabbing a soldier with a sword while simultaneously riding on horseback down a beach? For any normal human being, each of those options likely sounds pretty terrifying. If you're Dutch supermodel Doutzen Kroes, however, it's just an average day at work. The former Victoria's Secret Angel has a small role in Wonder Woman, where she plays Venelia, the right hand of Queen Hippolyta and one of the fierce female warriors called the Amazons who inhabit Diana Prince's all-female island home of Themyscira. 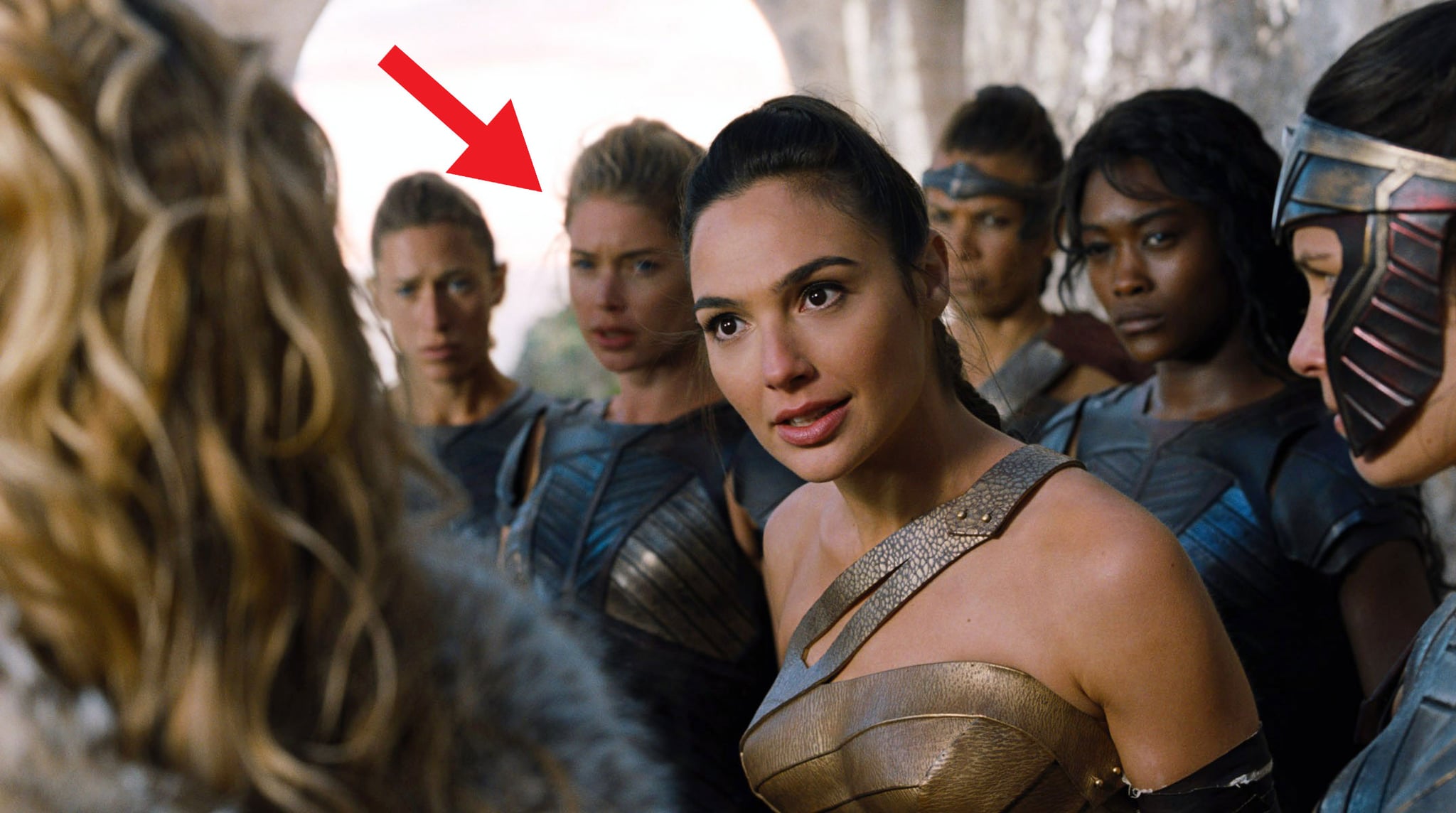 Related:
Wonder Woman Is an Important Step Forward For the DC Universe — and Women Everywhere

She opened up about an intense battle scene the Amazons have on the beach against some gun-toting German soldiers while chatting with Entertainment Weekly, revealing that filming an action movie is just as hard (and fun) as it sounds. "The challenge was that I had to ride with one hand and have the sword in the other hand and kill a person at the same time," she explained. "Which sounds horrible, but it was so fun to do!" Kroes and the rest of the Amazons certainly make it look easy, don't they?

On top of a supermodel in their group, the Amazons are made up of some other seriously badass individuals: CrossFit champion Brooke Ence, an Olympic bobsledder, a heptathlete, a police officer, professional Swedish fighter Madeleine Vall Beijner, and a former Miss Greece. According to Beijner, the trainers preparing them for the film wanted the women to "look like the female version of 300," and they definitely succeeded. Movie audiences weren't the only ones impressed, either. Kroes's 6-year-old son, Phyllon, was especially in awe when he visited the set and spotted his mom in full battle regalia. "If I could just have that face framed as a picture on my wall, I think I melted because he has never looked at me like that ever," she recalled. "He was just in full admiration of his mommy as a warrior." Check out some more shots of Kroes and the rest of the amazing Amazons below!

Johnny Depp
Johnny Depp to Direct "Modigliani" Biopic, His First Return Behind the Camera in 25 Years
by Njera Perkins 22 hours ago