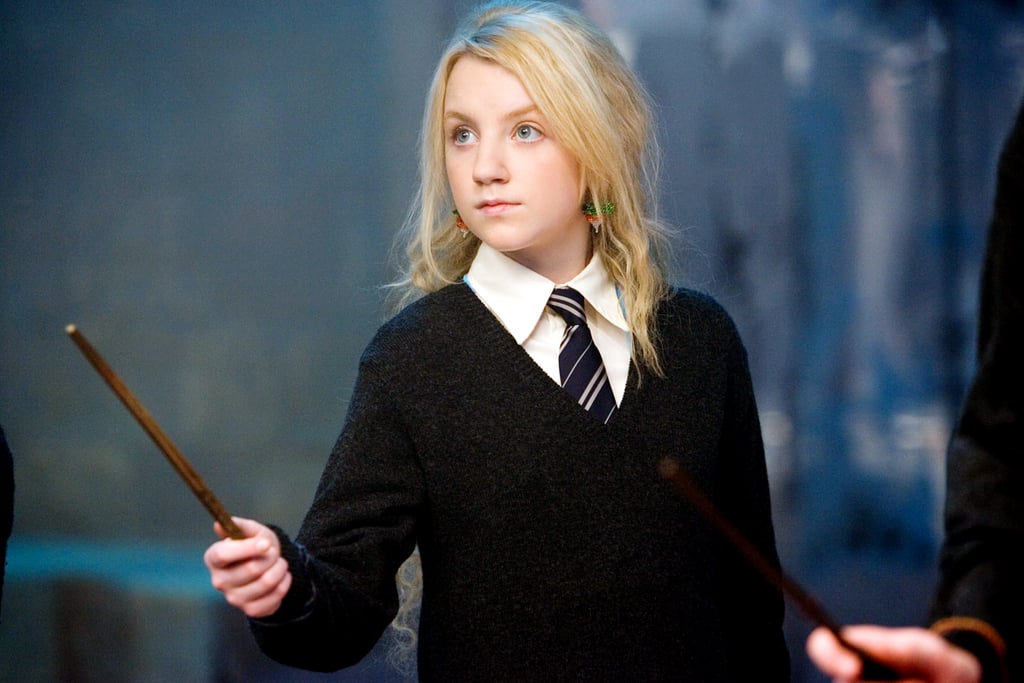 It's been seven years since Evanna Lynch said goodbye to Harry Potter, but the franchise is still near and dear to her heart. During her appearance on Dancing With the Stars this season, the Irish actress has given a handful of sweet nods to the magical films. In addition to getting the support of her former costars during the show, she even danced to the Harry Potter theme song as she recounted her most memorable year. While Lynch is, of course, so much more than just Luna Lovegood, she is still incredibly grateful to have that as her legacy.

"I'm so proud to be part of that universe," she told POPSUGAR. While she admitted there is always a pressure when you complete a big franchise to reestablish yourself and move on, for her it's been about merging those two worlds. "For me, Dancing With the Stars has been a perfect example of merging it," she added. "I'm showing different sides of myself and performing and being myself, but I also get to pay respect to the Harry Potter series."

Not only was the franchise a huge part of her career, but it was also a huge part of her personal life. "I read those books when I was 8 years old and I continue to read them," she said. Additionally, some of her former costars are still her closest friends to this day. Scarlett Byrne, who played Pansy Parkinson in the films, even joined her for a special performance on DWTS this season. "It's a huge part of me, so I'm not going to pretend it's not," Lynch said about the films. "I want to embrace that it is a big part of my life, but it's not the whole picture." See some of her most memorable moments as Luna ahead.

Related:
Why Evanna Lynch and Keo Motsepe Make Such a Magical Team on Dancing With the Stars
Previous Next Start Slideshow
Evanna LynchDancing With The StarsMovies