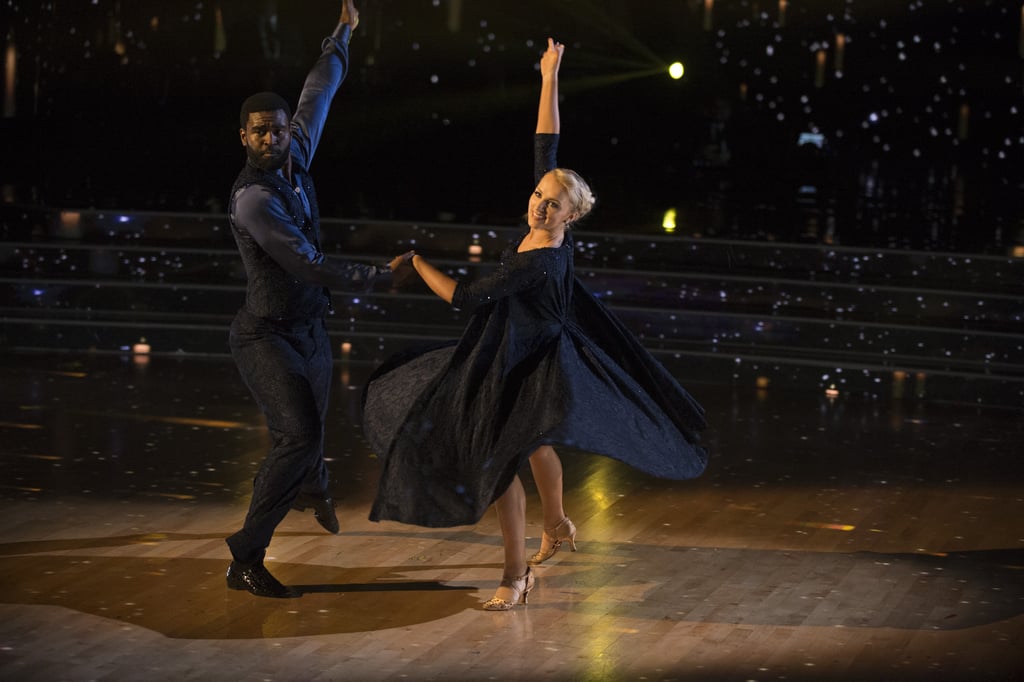 If you're a Harry Potter fan, then you're about to go crazy over Evanna Lynch's latest performance on Dancing With the Stars. As the cast recounted their most memorable year on Monday night, the actress opened up about how booking the role of Luna Lovegood in 2006 changed her life. Not only was she a huge fan of the book series, but it also helped her through a difficult time.

"When I was like 11, 12, I was battling an eating disorder. Anyone who's had an eating disorder knows it completely takes over your life," she said during the video. "And the only thing that could actually take my attention apart from that was the Harry Potter series." She even wrote to author JK Rowling about her journey, and the two become pen pals. Needless to say, Rowling was overjoyed when she found out that Lynch had booked the role.

To celebrate the memorable moment in her life, Lynch paid tribute to her Harry Potter roots by dancing the waltz to "Hedwig's Theme," and it was pure magic. In addition to receiving a 27/30 (her highest score yet), she also had the support of her former Harry Potter costar Scarlett Byrne, who played Pansy Parkinson. See Lynch's magical number ahead.

Netflix
Unsolved Mysteries: Were the Berkshires UFO Sightings Aliens? Here Are a Few Theories
by Stacey Nguyen 17 minutes ago

by Murphy Moroney 12 minutes ago