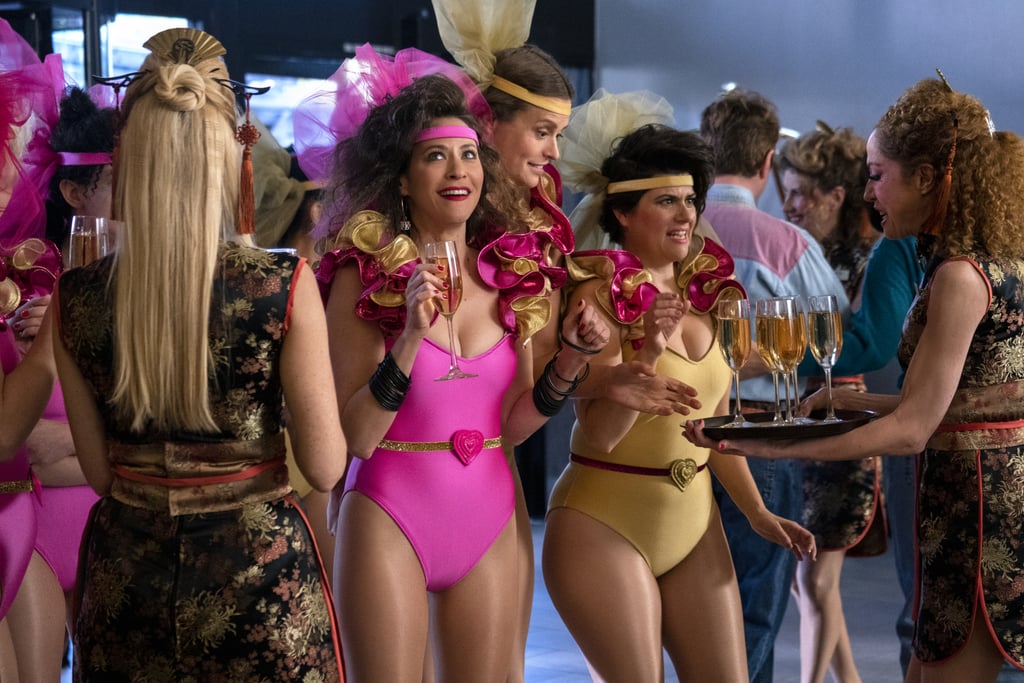 Besides its nuanced storylines around women and frenetic neon wardrobe, GLOW's third season also boasts a fantastic, synth-laced '80s soundtrack. Much like the first and second season, the latest installment features an eclectic selection of EDM and rock 'n' roll bops such as the epic theme "The Warrior" by Patty Smyth and Scandal. The upbeat music comes as no surprise, really, given the series' dazzlingly epic wrestling shots. This season, however, the Netflix show has whipped out more than just a few tender moments, cutting deep with loving classics such as Dolly Parton's "Light of a Clear Blue Morning" and Fleetwood Mac's "Gypsy." Plus, we even get to hear a few musical theater and jolly Christmas tunes as well. So get your speakers ready and scroll ahead to give your ears a blast from the past — we've compiled all of GLOW season three's songs in one convenient place!

Netflix
You'll Want to Get Familiar With Philemon Chambers, aka Nick in Netflix's Single All the Way
by Njera Perkins 1 hour ago

Music
"It's Been 10 Amazing Years": Little Mix Announces They're "Taking a Break" in 2022
by Chanel Vargas 4 hours ago

Halsey
Permission to Smile at Halsey and BTS's Reunion: "The Coolest Band in the World"
by Naledi Ushe 6 hours ago