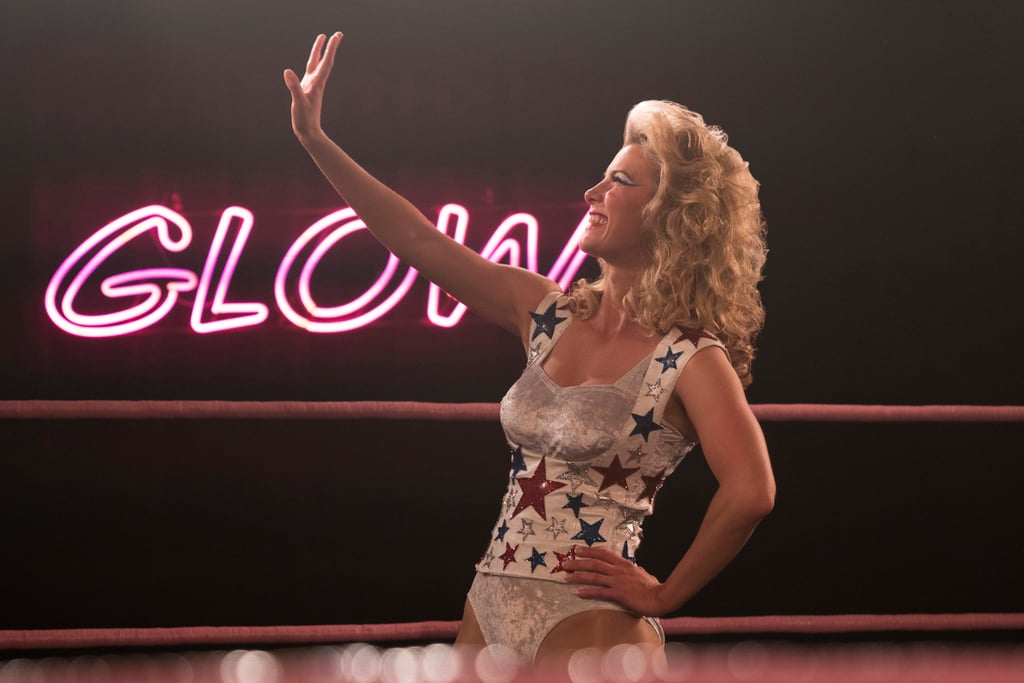 We adore Netflix's GLOW for its depiction of female friendship, its powerhouse cast, and of course, its unapologetically '80s soundtrack. Season two opened with Patty Smyth's energetic anthem "Warrior" playing to the electrifying neon pink title sequence. The nostalgic '80s music was here to stay. In fact, the show even blessed fans this season with original kitschy '80s-inspired music videos, which showcased, besides ludicrous lyrics, songstress Kate Nash's (who plays Rhonda) vocals.

While not all of season two's songs are from the '80s — Aretha Franklin's emotional '70s ballad "You're All I Need To Get By" is in the mix — most featured tracks pay homage to the neon-covered decade. There's something about moody lyrics set to drum machines and poppy synths that puts you in a sing-along mood, you know? From Run-DMC's upbeat "It's Like That" to Starship's "Nothing's Going to Stop Us Now," we've rounded up all of the streamable songs from GLOW's latest soundtrack for your jamming convenience, perms and fluorescent aerobics outfits optional.