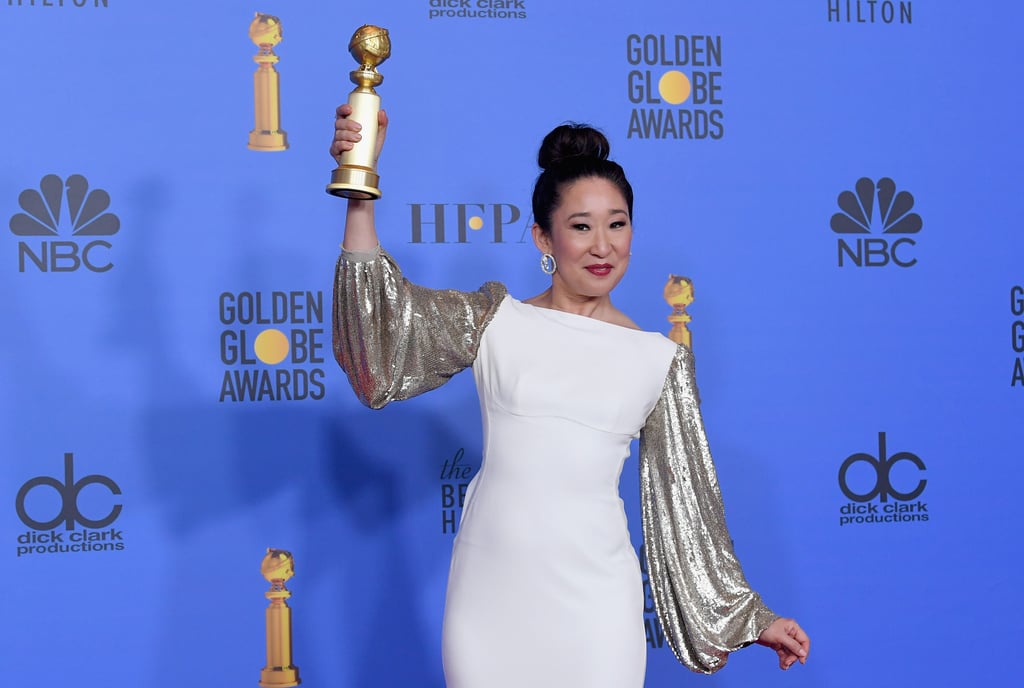 There's nothing like having your family on hand to celebrate your greatest accomplishments, and Sandra Oh is getting that two-fold. Not only did the Killing Eve star nab a Golden Globe for best actress in a TV drama with her parents in the audience (her dad even gave her a standing ovation!), she was also treated to some heartfelt love and praise from her former Grey's Anatomy costars online.

Proving that work friendships can be everlasting, the cast of Grey's Anatomy took to Twitter to praise Oh for her historic win. Oh spent 10 years as Dr. Christina Yang on the series and earned several award nominations, including her first Golden Globe in 2006. Grey's Anatomy creator Shonda Rhimes sent out not one, but two tweets on Oh's win. The first was simply the actress's Twitter handle, confirming that everyone was speechless with joy, even the master with words. She went on to call the win "well-deserved," tweeting, "I am so incredibly happy for @IamSandraOh tonight. Well-deserved. Overdue. She is always best actress, y'all. Always." Which is probably the best referral from a former employer anyone has ever gotten.

Keep reading to see how Oh's other costars congratulated her on her big night, including her TV ex-husband Kevin McKidd!