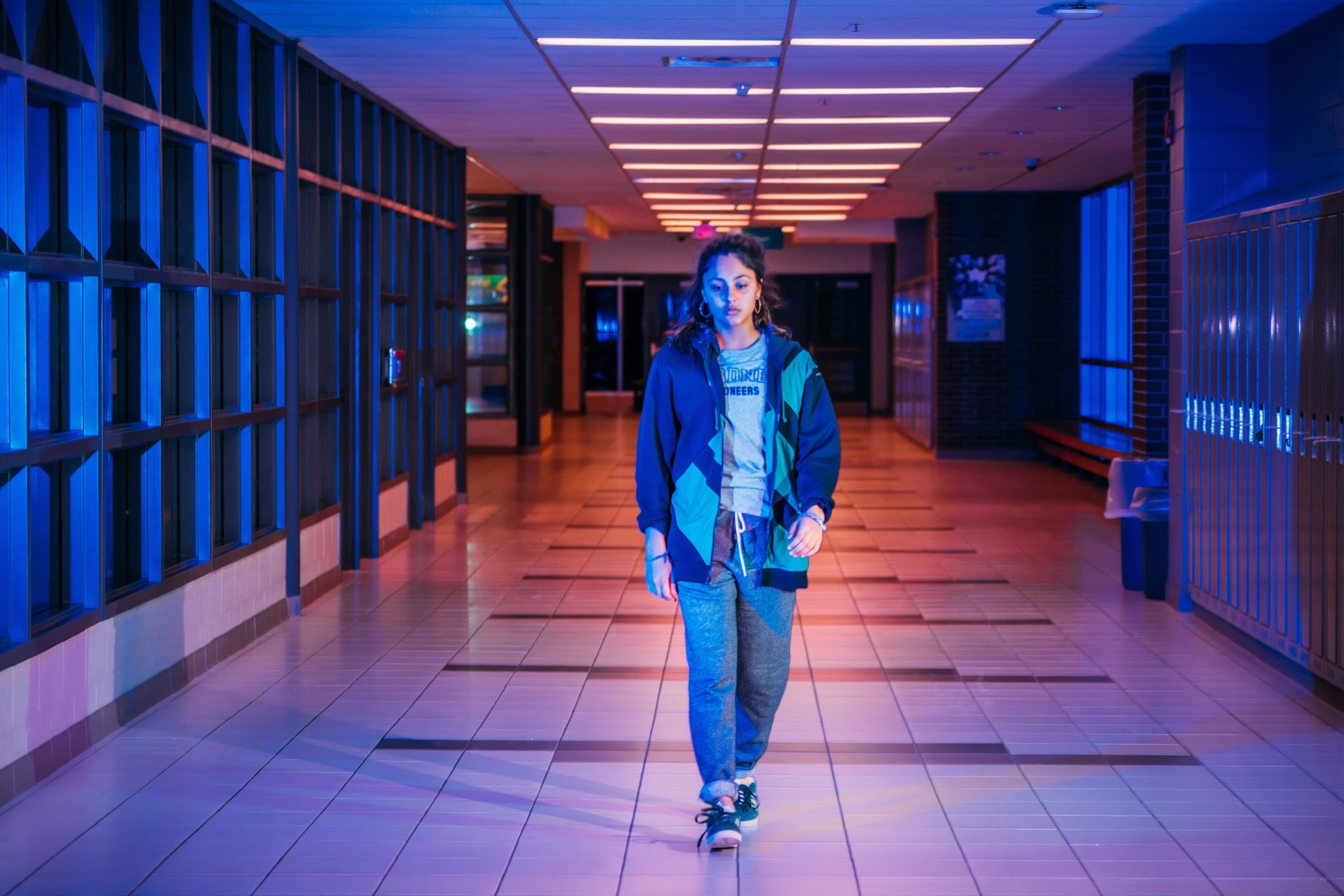 There's no shortage of movies based on real-life stories, and although HBO's Share is not technically one of them, it's still based on real life. Share, adapted into a full-length movie from a short film by the same name, is not directly based on a single "true story," but it depicts an aspect of modern life that's terrifyingly real.

Share depicts a day in the life of a teenage girl whose sexual assault was recorded, shared online, and is now going viral. Instead of painting a broad picture, it focuses on the minute details of her life as she deals with the dual violation of the assault itself (which she struggles to even remember) and the out-of-control sharing of the video of the assault. The specifics of the story, which focuses on an ordinary, fictional teenage girl named Mandy, is not based on one person's story, but the disturbing details are familiar from a slew of similar stories of sexual assault and viral videos that have happened in real life.

There are, sadly, plenty of stories that could have inspired the movie. In 2016, for instance, a teenager in Columbus, OH, witnessed her friend being raped, and instead of trying to stop it or getting help, began livestreaming it on Periscope. According to The New York Times, she reportedly thought that streaming the attack would summon help or preserve evidence, but then "got caught up in the 'likes.'" The video went on for over 10 minutes and at no point did the filmer attempt to help her friend or call 911.

Even earlier than the Columbus case was the infamous Steubenville case in 2012 and 2013, which seems to have the most direct parallels to Share. In that case, a 16-year-old girl got drunk during a party and was subsequently exposed and raped by a pair of football players, who took pictures of her while she was unconscious and circulated them. As reported by The Atlantic, the girl could not remember much of the evening, but the photos that her assaulters took were viewed by millions by the time the trial was over. At the time, many blamed her for being drunk in the first place and for casting the football team and their town in a negative light. Despite this, in 2013, the two football players were found guilty of rape and were sentenced as juveniles, given their ages at the time of the assault.

Share is adapted from a 2015 short film, also by Pippa Bianco, which won the Cinefondation prize at that year's Cannes Film Festival. Bianco tells Glamour that, at the time, she got feedback that the complex nature of assault depicted in her short film "strained credulity." But now?

"At the time, I think, people still had permission to not think about it in a way that I don't think they do now," Bianco said. "The more you're aware of how much it does happen, the more impetus there is to do something." Even so, she still notes that the mere topic of teenage girlhood — especially a teenage girl who's been assaulted — gets brushed off by too many, but perhaps Share will help to combat that narrative.

"The minute you tell people that the film tells a story about a teenage girl, people either want to reduce it to 'puff' or 'issues' . . . There is just as much humanity, nuance, intelligence, and complication in the experience of a teenage girl as there is in anyone else."