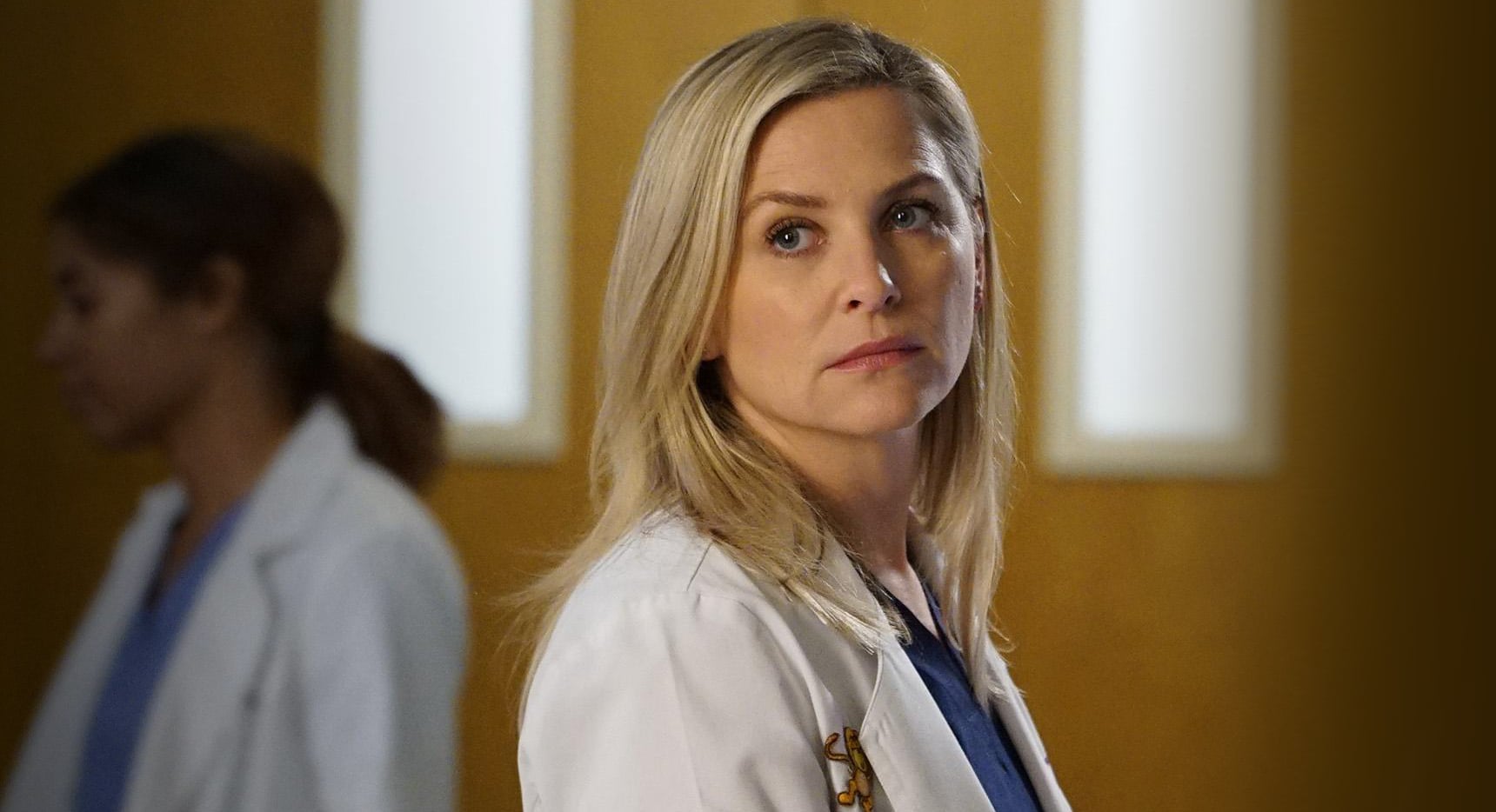 Like it or not, Arizona is saying goodbye before the season 14 finale of Grey's Anatomy. We're still not totally sure why Jessica Capshaw is leaving the show — she may have thrown some shade about it on Twitter — but we do know that it's inevitable and something we just have to accept. As such, we're doing our best to figure out how it'll go down. Will she get a happy ending? Will she suffer an unfortunate fate? Let's go over the major theories.

1. She Moves to New York

In the most recent episode, Arizona and Callie's daughter Sofia seems to be pretty upset and missing the latter. She even asks if she can go to NYC to visit. It's clear that Sofia really loves both Arizona and Callie, so maybe this whole coast-to-coast coparenting situation isn't necessarily the best thing. What's a good solution, and an easy way to get Arizona out of Seattle? Have her move to NYC to give Sofia a happier life with both of her moms.

2. She Becomes a Stay-at-Home Mom

If Arizona still isn't into the whole "active coparenting" thing, maybe she'll just quit. I mean, she's probably made loads of money as a surgeon, so it's not out of the question to wonder if she'll go into early retirement to give Sofia a more fulfilled life. After all, she does cry in a recent episode after realizing how lucky she is to have a healthy and bright little girl like Sofia. Maybe she'll realize it's best to make the most of her time. Plus, she could always get a job sometime down the line, once Sofia is out of the house and off to college or her adult life. If Arizona left Grey Sloan to be a full-time mom, it's an easy way to take her out of the picture.

3. She Takes Her Research (and Romance) on the Road

As we all know, Arizona is deep in research with Carina DeLuca. The two are trying to figure out some kind of pattern in mothers who die from childbirth. Is it mothers who get C-section deliveries? Does it have something to do with women who give birth in the United States vs. women who give birth outside the United States? I could see a scenario in which they take their research on the road. Maybe they visit hospitals around the world — hospitals with the lowest and highest death rates — to figure out what's going on.

Come on guys — we have to consider it, right? So many character exits on Grey's Anatomy are because of death. I think it's because there's a sort of finality to it. They don't have to worry about the character ever coming back. It's done. I definitely do not want this for Arizona. In fact, I'd almost prefer if they left the door open for her to return someday. But hey, we don't always get what we want. It would suck if Arizona were to die, but it wouldn't be a huge surprise.