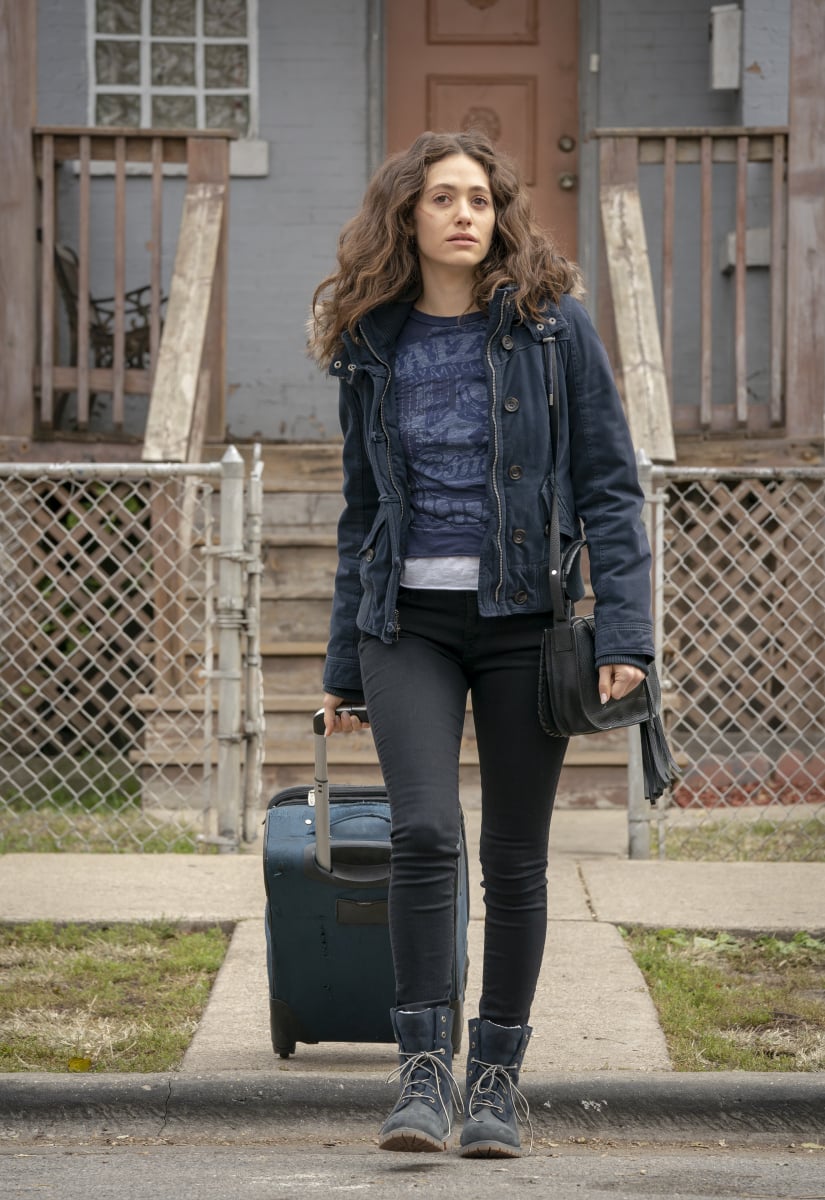 The following post contains spoilers for the emotional season nine finale of Shameless.

When entering the Gallagher household during the season nine finale of Shameless, it's only appropriate that Lil Wayne's "Mess" plays in the background. As the lyrics go, "My days is a mess, my nights is a mess, my life is a mess," Fiona walks through the longtime family home to see what's left for her on the South Side of Chicago: Frank's very smelly bedpan and an expected six-month recovery from his leg injury, Debbie and Carl sticking together to face their own problems, Liam wanting nothing to do with the family, and her empty suitcase ready to be packed up.

While fans feared the worst for Fiona and her impending departure from the show, after 111 episodes and nine seasons, Emmy Rossum's character exited gracefully. For a character who has found herself in some very low places, and one that we've both hated and loved so many times, Fiona left Chicago to focus on the one person she neglected while keeping the family afloat for years: herself.

She packed her suitcase, took her first flight ever (presumably to somewhere tropical given the embroidered palm trees on the plane seats), and left before she had the opportunity to run back and fix another broken Gallagher. The fact that Fiona left on her own, without any interference from a Jimmy/Steve character or running from a pernicious person from her past, proves just how powerful her exit was. Because she did it on her own terms.

When Fiona has that check for $100K in her hands, she knows she has two options: she can stay and watch the family she raised grow up and deal with the same problems she's been dealing with her whole life, or she can take this blessing and go find out who she really is without the weight of her family. Given the way Gallagher history has repeated itself, she made the right choice by choosing the latter.

Her public defendant said it best: "You seem like a smart girl, Fiona. [It's] time to leave this South Side hood-rat crap behind you, and get on with being an adult." Then Ian said it again when she visited him in prison: "Go as far away from here as you can, and never look back." What will happen to the family now that Fiona is gone is going to be interesting. Debbie is going to step up as the head of the household, Lip is possibly going to be a father, Carl is hopefully going back to school, and Liam is going to move in with his friend. With nothing and no one left left to worry about, Fiona takes the opportunity to get a fresh start elsewhere.

Related:
Shameless Is Coming Back For Its 10th Season, Featuring the Return of One Special Character

In an interview with The Hollywood Reporter, series showrunner John Wells said, "This show is a reflection of how life is: people we love and who are central to our lives leave and things change. In those instances, even though you don't want things to change, they're the fodder for good storytelling. It's what makes it feel real." And even with that halfhearted goodbye with Frank, Sunday's finale absolutely felt real.

The emotions of the finale were once again felt by the music, as Brockhampton's "San Marcos" plays throughout the final scenes. The lyrics, "I want more out of life than this," repeat as Fiona takes off, and the Gallaghers as well as Shameless fans hope she finds that something more.