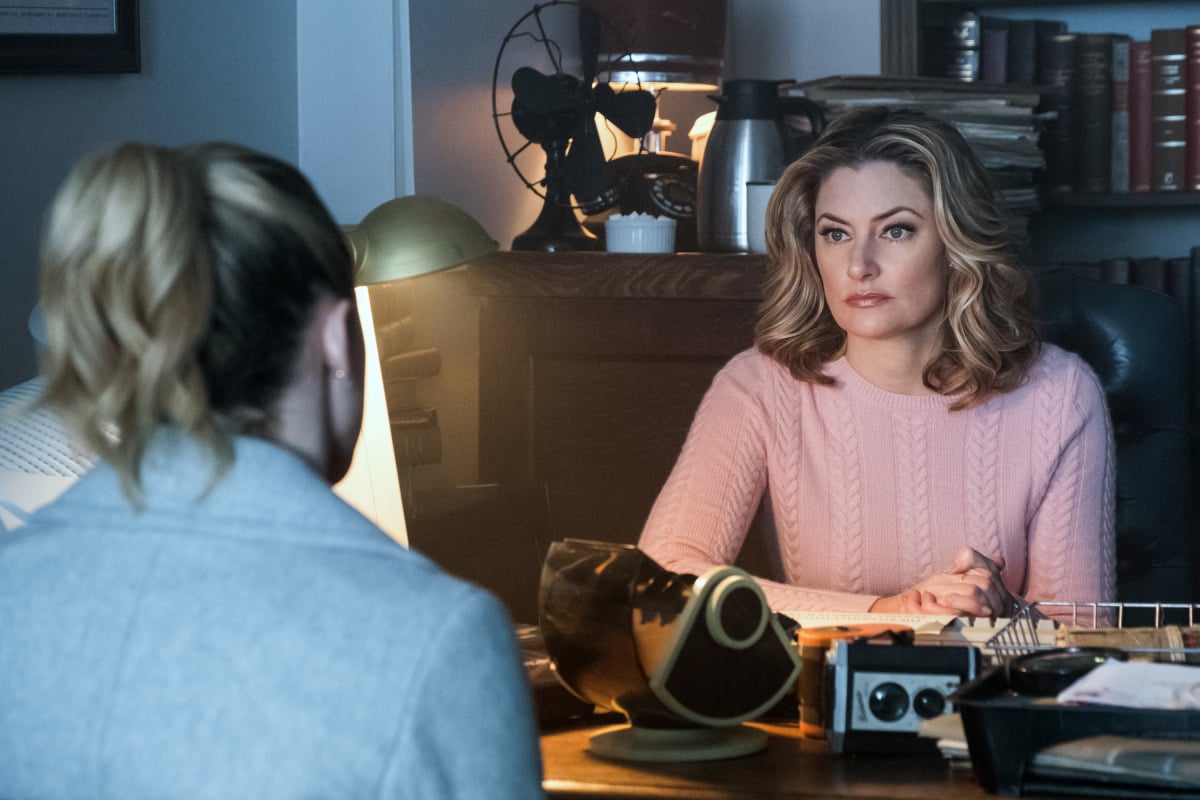 As swiftly as it came into our lives, Riverdale's first season has concluded — leaving a trail of mysteries in its wake. We have plenty of time to theorize about what may happen on season two, but before we get too ahead of ourselves, let's take stock of how season one ends. Spoiler alert: I'm going over every major event from the finale.

Let's start with Cheryl. Mama Blossom is being crazy-stoic after Clifford's funeral. (He did murder Jason, but still.) Cheryl starts being all nice and it weirds out Veronica . . . until Veronica realizes that Cheryl is going to attempt suicide. Archie and the gang save her at the last minute, but Cheryl finds another way to start fresh: she burns down the mansion at Thornhill.

Meanwhile, Jughead is now in the custody of the state. FP can't care for him in prison and Fred has a DUI on his record, so they place him with a foster family on the South Side. He actually seems to fit in down there, even inheriting his dad's place in the Serpents gang. FP warns Archie not to give up on Jughead, even though Juggy will try to detach.

One of two major new mysteries is the identity of Alice Cooper's long-lost baby. She tells Betty that she gave up a child as a high school student, meaning Betty has a brother out there somewhere. We have a theory that FP is actually the daddy and Joaquin is their son, but we probably won't find out the truth for a while.

Right before the episode ends, everything is going great for Archie. He goes to meet his dad at Pop's (he thinks Fred wants to talk about something serious), but while he's washing his hands in the bathroom, a masked gunman comes in. The man shoots Fred, and though he doesn't die on camera, a voice-over from Jughead says that this is the moment Riverdale's innocence was really lost. Does this mean Fred's dead? And who is the shooter?

We'll have to wait until season two to find out!

Selena Gomez
Why Do Shows Still Think It's OK to Make a Joke About Selena Gomez's Kidney Transplant?
by Kelsie Gibson 1 hour ago

Beauty News
Who Are the Artists on Netflix's Tattoo Redo? You're Probably Already Familiar With a Few
by Danielle Jackson 20 hours ago

Grown-ish
Grown-ish Tackles Black Lives Matter Like Never Before, and Its Cast Finds Catharsis as a Result
by Monica Sisavat 23 hours ago

Netflix
Calling All Sexy Beasts: Get Ready For Season 2 to Drop Later This Year
by Emily Weaver 1 day ago