Riverdale just keeps getting crazier and crazier, and we love it. While the season one finale ties up a few loose ends, it also opens a huge can of worms for next season. Aside from the fact that the episode left things on a cliffhanger with Fred getting shot, it also casually drops a major bombshell about the Cooper family — Alice has a son.

As FP Jones points out during their dinner before homecoming, Alice and Hal had a major fight during their high school prom. While Alice initially refuses to provide any further details, she later reveals to Betty that they were actually arguing over her unborn baby. Even though Hal wanted her to get an abortion, she decides to give birth at the Sisters of Quiet Mercy group home and give it up for adoption. That's right, Betty and Polly have an older brother. While we can't help but wonder who the mystery man is, it seems the question we should be asking is, who is his father?

What if the reason Hal and Alice were fighting wasn't because she was pregnant, but because she was pregnant with FP's baby? Seeing that these two have had some undeniable sexual tension all season, it would certainly make a lot of sense . . . and cause a lot of drama between Jughead and Betty (sharing a sibling often does that to a couple). After Jughead's birthday, FP even teases Alice's dark Southside background, adding that "snakes don't shed their skin so easily." Perhaps they had a heated affair when they were younger, and she was forced to give up the baby to maintain her newfound clean-cut image with Hal. 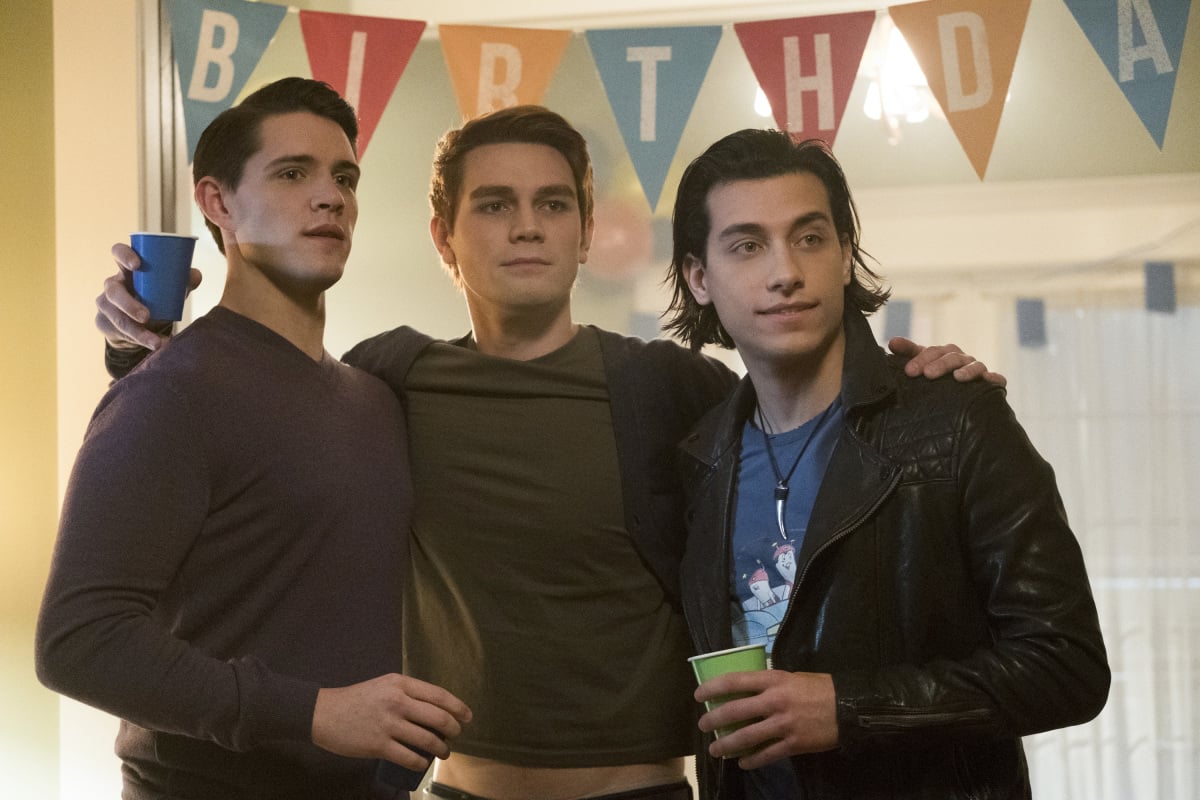 That still begs the question: who is their son? Buckle up, because this is where it gets crazy. I have a major feeling that Joaquin (Kevin's Southside boyfriend from earlier this season) is actually Jughead and Betty's long lost half-brother. I know, I know, but just hear me out. As Betty added, her brother would be somewhere in his early 20s. While Joaquin appears to be the same age as the other characters, he isn't shown to attend high school. His last name could also be another indicator that he's FP and Alice's son. Until just recently, the show has been very secretive about his full name (which we now know is Joaquin DeSantos), but why? What if the foster family Jughead goes to live with in the finale in is the same foster family that took in Joaquin. Perhaps that's how Alice and FP's dark secret comes to light? You also can't deny his striking resemblance to the two characters (Alice's bright eyes and FP's jet black hair). Need even more convincing? The actor who plays Joaquin (Rob Raco) is all for the crazy theory. Shortly after the finale, he cryptically tweeted, "FP + Alice = who...?" Either he's just messing with us, or something big is about to go down.