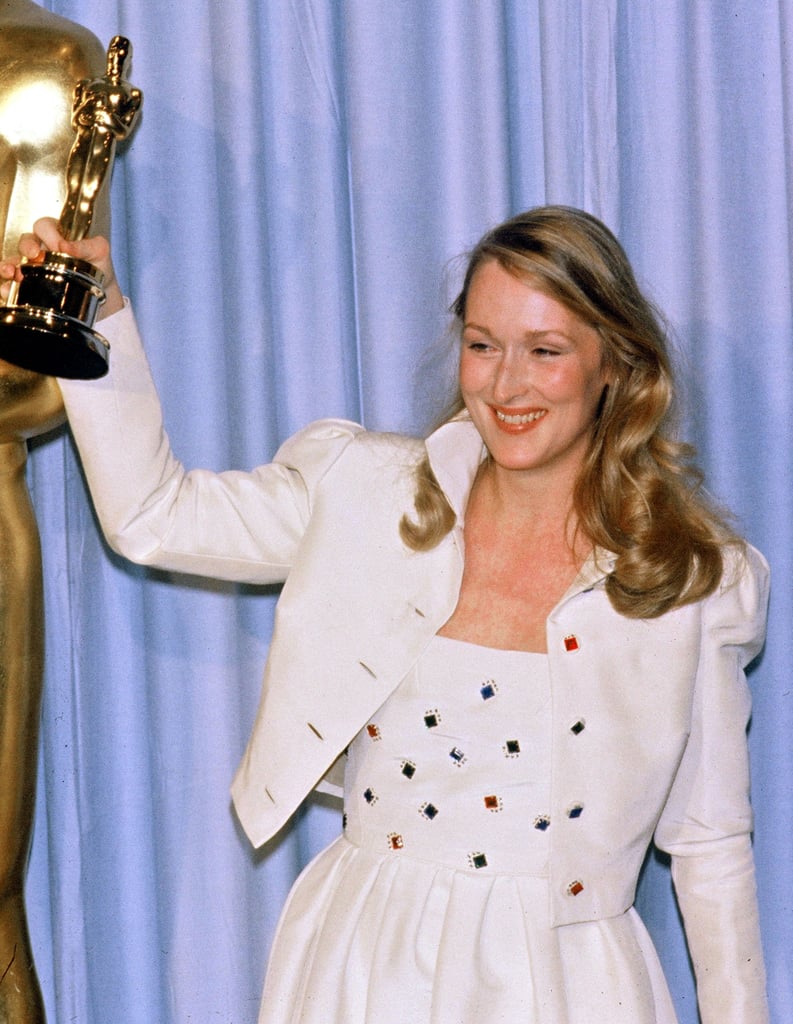 Meryl Streep was honored with the coveted Cecil B. DeMille Award at the Golden Globe Awards this year. The annual award is given for "outstanding contributions to the world of entertainment," and past recipients include George Clooney, Denzel Washington, Jodie Foster, and Morgan Freeman. It comes as no surprise that Streep was chosen by the Hollywood Foreign Press Association as this year's recipient given the fact that she has been working in Hollywood for over 30 years, has an impressive award history, and has taken on a plethora of roles, including Joanna Kramer in 1979's Kramer vs. Kramer and Miranda Priestly in 2006's The Devil Wears Prada. Not to mention, Streep also holds a total of 30 Golden Globe nominations, making her the most nominated star in the show's history. In honor of her accomplishments (including her 2017 Oscar nomination!), we're taking a look at all the gold Streep has won over the years.