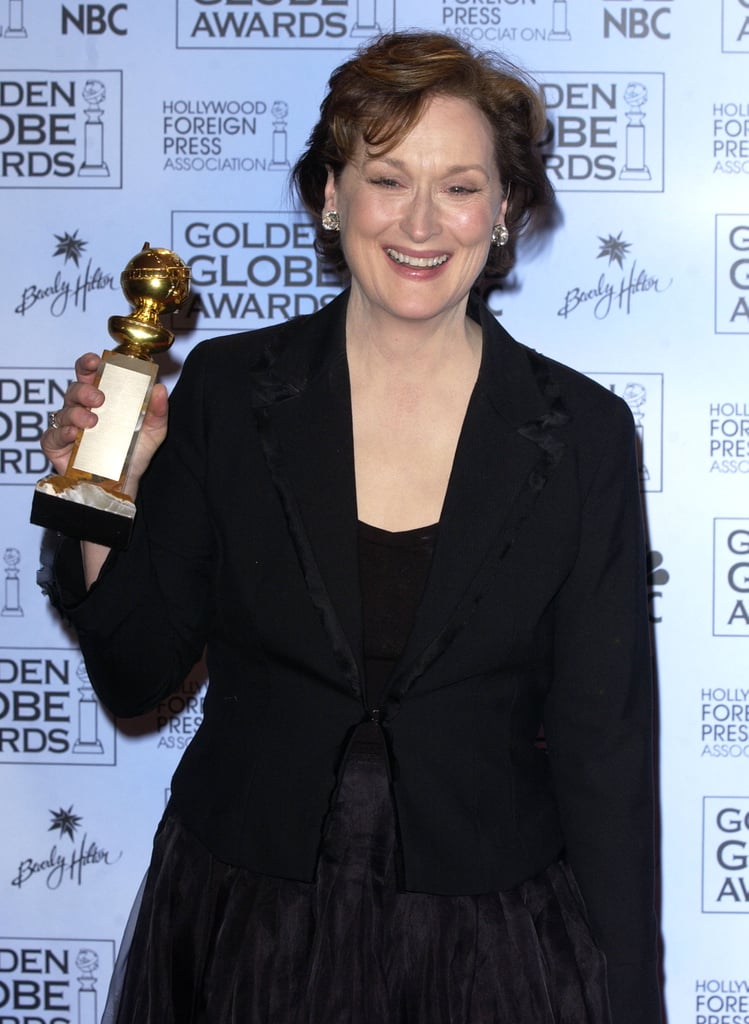 Meryl Streep is set to be honored with the coveted Cecil B. DeMille Award by the Hollywood Foreign Press Association at the Golden Globes on Sunday. While that's a huge feat in itself, the eight-time Golden Globe Award winner also holds a total of 30 nominations, making her the most nominated star in the show's history. Talk about impressive! In honor of her upcoming big night, we're looking back at Meryl's Golden Globes appearances throughout the years.