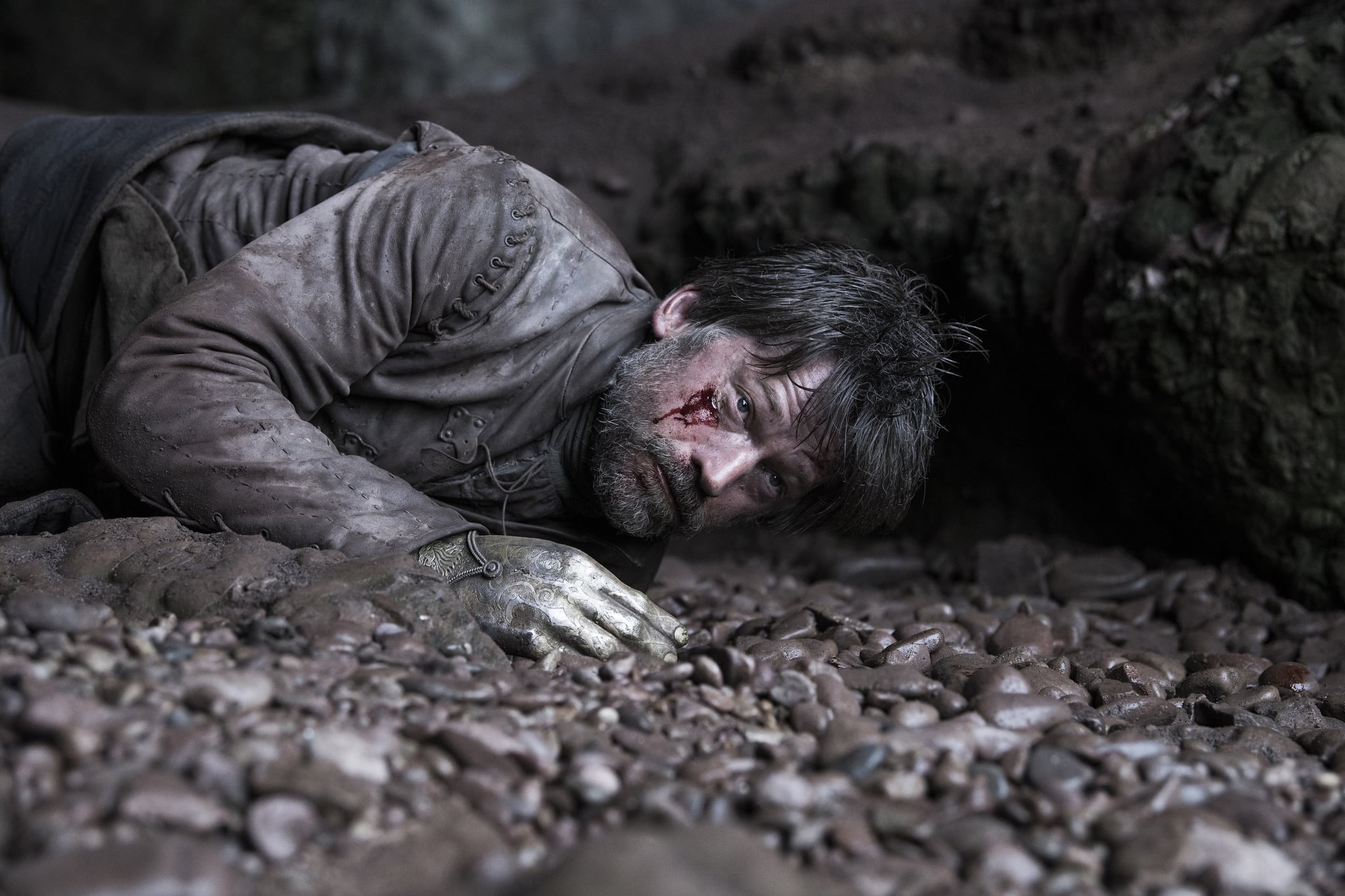 The night is dark and full of spoilers, so stop reading now if you're not caught up.

About six or seven decades from now, when I'm on my deathbed and I have my husband, probably Jake Gyllenhaal, lean down close so he can hear my last, dying words, I'll raise my fist feebly in the air and whisper "Justice for Jaime Lannister." That's how bad, undeserved, and nonsensical the character's recent death in Game of Thrones was, and just how angry I still am about it. But now, thanks to Reddit user Flip2428, there's a full-circle aspect to his tragic demise that I hadn't previously considered.

As you'll recall, Jaime foolishly ditches Brienne — the only woman who truly loved him, and made him a better, more honorable man — in Winterfell so that he can ride down to King's Landing and rescue his "hateful" other half, Cersei. Despite the fact that he knows she's toxic. And that she gleefully put a hit out on him. Flash forward a few gruesome scenes, and Jaime dies with Cersei in his arms after their failed escape, weeping as they're buried under the rubble of a collapsing Red Keep.

But, as Flip2428 notes, they're not the only people who die in that scene — technically, the life of Cersei's unborn child ends as well. Making matters even more tragic is the fact that this isn't the first time Jaime's return to King's Landing has signaled the death of one of his children. In fact, every time one of Cersei and Jaime's progeny bit the bullet, it was preceded by their father riding into town:

Pretty freakin' grim, no? While it definitely doesn't make me feel any better about how Jaime goes down in season eight, I'm a big enough person to appreciate the (gruesome) bit of symbolism that showrunners David Benioff and D.B. Weiss squeezed into the scene.