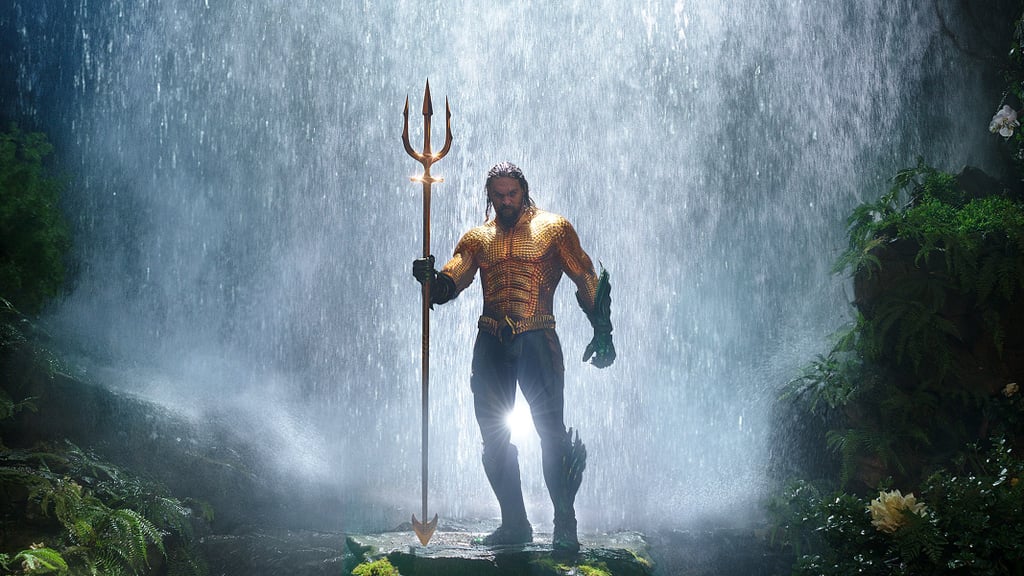 In case his crazy workout regimen or the first look at him in costume in Justice League didn't convince you that Jason Momoa is perfect for the role of DC Comics' Aquaman (a trident-wielding half-god also known as Arthur Curry), we've rounded up all the peeks we've gotten at the highly anticipated Atlantean hero — including that action-packed trailer. Momoa's hulking stature, no-nonsense gaze, and ability to rock tattoos lend him the perfect look for embodying director James Wan's new take on the beloved hero, and the actor's pioneering attitude and respect for the sea mean that he's inwardly suited for the role also.

Both interviews with Momoa and social media snaps about his new role reveal that he's ridiculously excited to pick up Aquaman's trident — especially because he'll be able to portray his Polynesian heritage in the role. Check out these incredible moments of him in costume for both Justice League and Aquaman, because once you see how powerful, passionate, and intimidating Momoa appears in the role, you'll barely be able to wait to see him on the big screen.