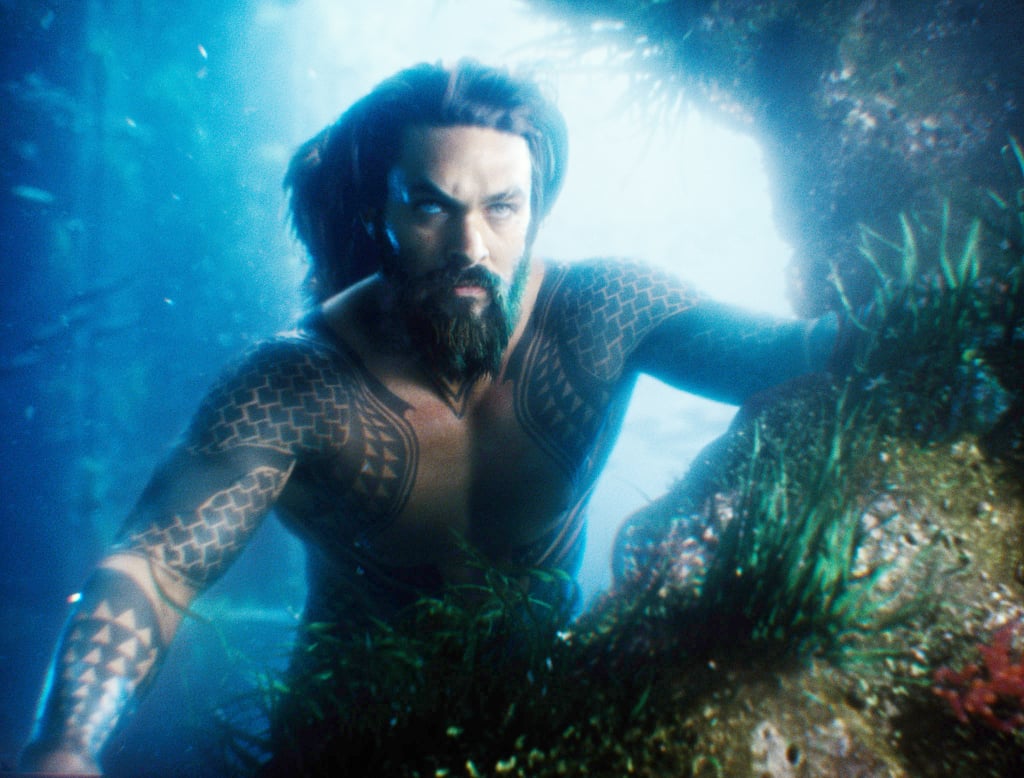 If neither Batman v Superman: Dawn of Justice nor Justice League turned out to be your jam, don't worry. There's a new superhero coming to the big screen, and we're already in love with him — and his late, great chest hair. Jason Momoa is taking on the title role in Aquaman, his standalone DC Comics movie. We already had a few pictures of him on the set of Justice League and then got an even better idea of his character when we finally saw the epic team-up flick. We've got a long way to go until Aquaman bows, but now that the trailer has come out, there's no better time to reflect on everything else we know.