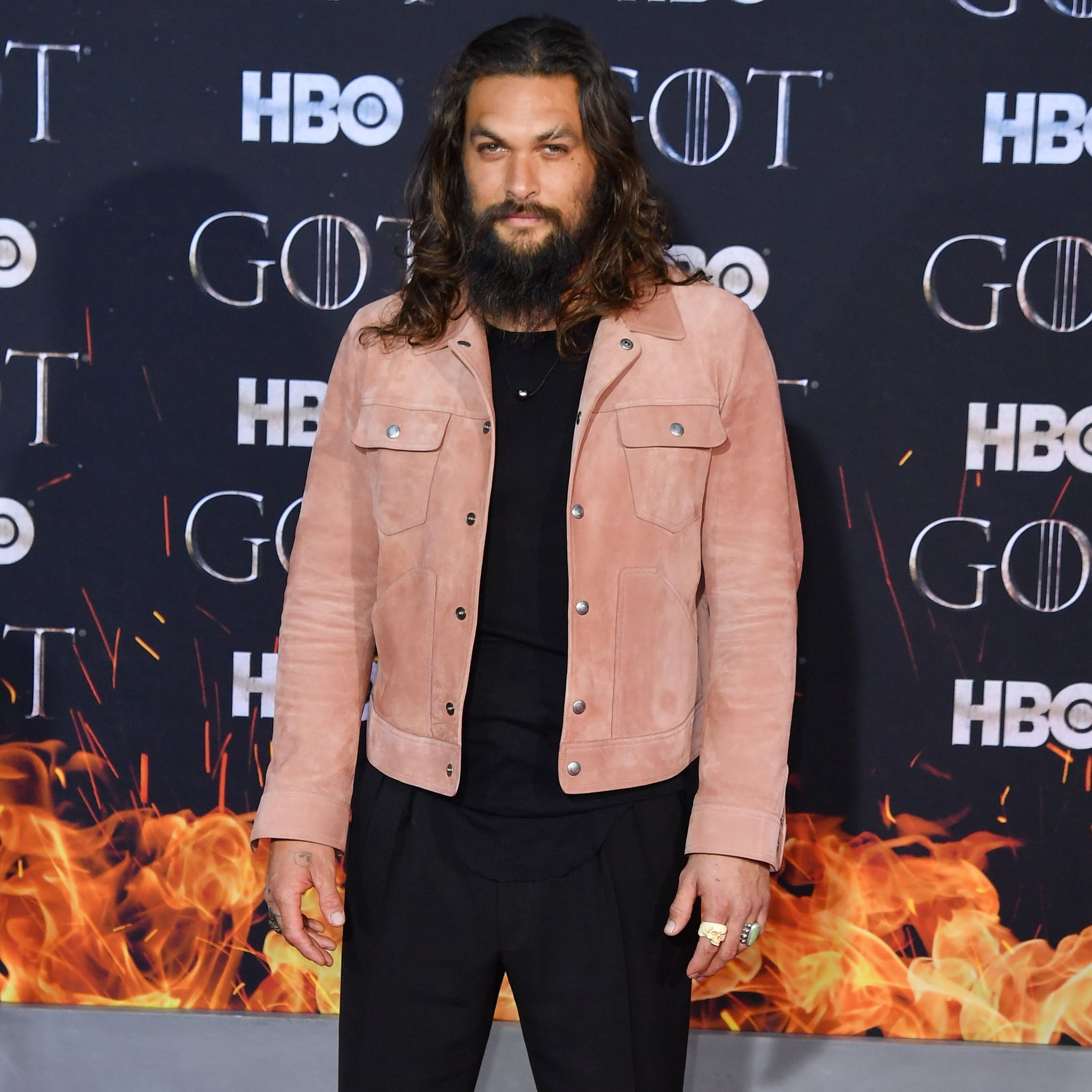 Please respect Jason Momoa's privacy during this time. He's going through the Game of Thrones stages of grief. The 39-year-old actor hasn't been on the HBO show since season one, but his bond with the cast and his character, Khal Drogo, runs deep. Like many devoted viewers, Momoa recently tuned in for the GOT series finale and streamed his reaction on an Instagram Live so his fans could follow along.

Warning: spoilers for the Game of Thrones series finale!

"F*ck it all, it's going down," he said before the episode began. "Khaleesi, I love you. Emilia, I love you. So sorry I wasn't there for you." Momoa also thanked the show's creators for giving him the opportunity to play Drogo back in 2011. He then dove into the episode, and oh boy, it was an emotional roller coaster. He mouthed "I love you" when Daenerys Targaryen showed up on screen, and started dropping F-bombs left and right after Jon Snow stabbed her in the stomach.

"Let me get this straight," Momoa said after hearing Tyrion Lannister's plan for Jon to return to the Night's Watch. "You're going back to what the f*ck you did in the first place and you killed Khaleesi?" "I feel lost. I'm lost," he continued. "What the f*ck?! Drogon should've f*cking melted his ass. Ugh, and the goddamn bar is closed!"

Momoa also left an Instagram comment for Clarke after the episode ended, and wrote, "Baby that episode killed me." Looks like he's joining the large portion of fans dissatisfied with Sunday's finale, although we'd advise against him signing any petitions. That doesn't seem like something his Dragon Queen would take very well.