The Supernatural boys are basically the kings of Comic-Con, and they lived up to expectations this year by joking around during their panel and sharing touching moments with fans. After their panel, we, along with several other reporters, got the chance to sit down with Jensen Ackles to talk about the upcoming premiere of the 11th season and whether Jeffrey Dean Morgan, who plays the Winchester brothers' father, will ever return to the show. It's pretty touching to hear him talk about the Supernatural family, which Jared Padalecki also spoke about. Jensen also talked about taking fans' suggestions into account when he's directing episodes. Take a look, and don't miss Ackles's story about how much he loves Game of Thrones! 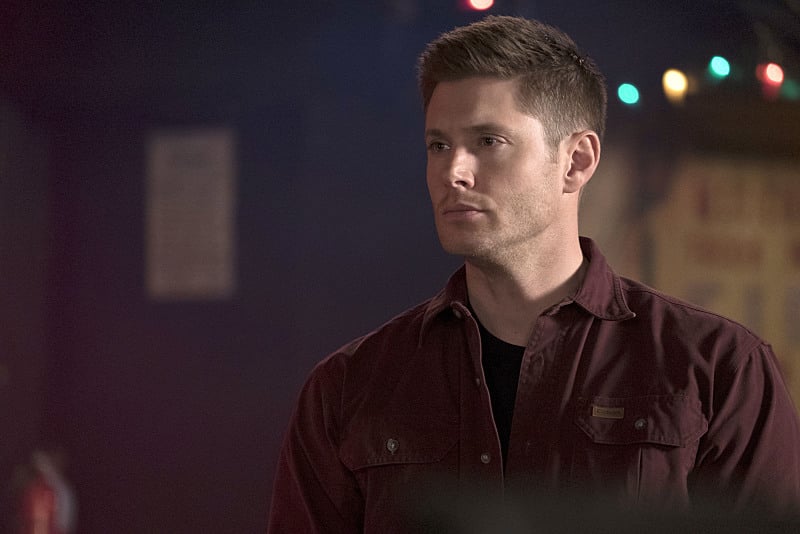 What can you tell us about the first episode, which you're directing?

Jensen Ackles: It's a straightforward episode, and it's kind of making sense of what's happening within the story. It's a bit of an expositional episode and there's a lot of advancing the mythology, getting more information about what's going on, figuring out where all the chess pieces are, and how we're going to play this situation. It's been kind of nice that it's not dealing with Demon Dean chasing Sam to the bunker or a weekend at Bobby's. This is more checking in with all of the different fragments at the storyline and moving that story along, so it's nice.

Jeffrey Dean Morgan has said he wants to do an episode. Have you guys talked about that?

JA: I talk to Jeff quite a bit. He's a very dear friend of mine, and he's always been a big fan of the family that is Supernatural. He's still very much a part of that family and his spirit's a kindred thing with Supernatural. He really just enjoys the set, the family, the story, and his role within that story. He's always been kind of, "Hey! If I'm available, can I come back?" And so if it works organically with the writers, and if they can find a way where it makes sense, then I'm sure that they would love to do that. He would love to do that, but no promise of it anytime in the near future.

When you are getting ready to direct an episode, do you take any of the fans' suggestions?

JA: Yeah! There's a communication that we have with the fans that I don't think a lot of shows have, and so we should be able to take their temperature on storylines and on characters. It inspires me to maybe do certain things with characters, or with storyline, or with this or that, and I think ultimately that's what it is. We're telling a story and we're going to pull inspiration from everywhere, and what better than a family of fans that have been invested in the show for a decade. They're an amazing resource to have, and obviously without them we wouldn't be working anyways.

Image Source: The CW
Jensen AcklesSupernaturalComic-ConTVCelebrity Interviews
Around The Web