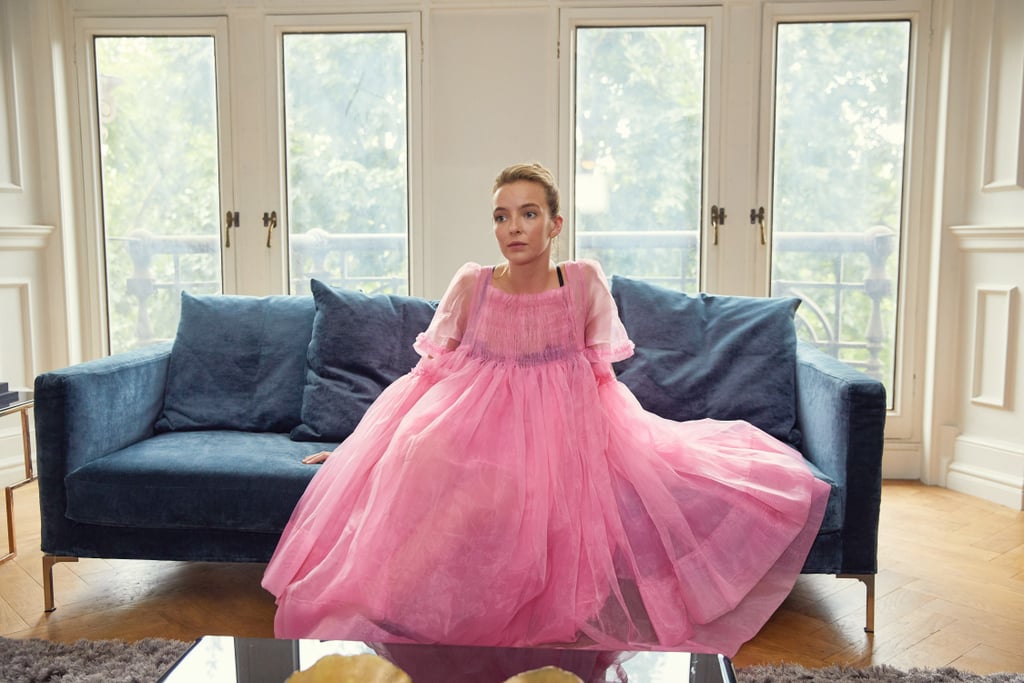 If You Love Villanelle in Killing Eve, Here's Where Else You Can Watch Jodie Comer

Sandra Oh is a bona-fide goddess in our book, first charming us with her unforgettable part as Cristina Yang on Grey's Anatomy, then bringing a nuanced performance to the title character on Killing Eve. But her new show wouldn't be what it is without the "killing" part, of course. Besides Oh, we've also fallen deeply in love with her colead Jodie Comer, the actress who's been bringing an insatiable sexy murderess energy to the antagonist Villanelle.

The 26-year-old Liverpool native landed her first gig on a BBC 4 Radio play, where professional actors encouraged her to pursue her craft. Her small-screen career kicked off when she picked up a small part in the British hospital soap opera The Royal Today. Since this modest role, the actress has become a known name on British television.

According to an interview with Donna Ida, Comer considers her breakthrough role that of Chloe Gemell in My Mad Fat Diary. On the teen drama, she played the popular best friend of a young woman who struggles with mental health and body-image issues. Comer appeared in all 16 episodes of the BAFTA-nominated series, starring across Ian Hart (aka Professor Quirrell in Harry Potter) and Sharon Rooney. Another prominent supporting role she had is Kate Parks, the mistress on the thriller Doctor Foster, from 2015 to 2017.

Comer said her most challenging series to date was Thirteen. In it, she took on the lead role as Ivy Moxam, a 26-year-old woman who escapes from a cellar where she was held captive for 13 years. Comer also led as Elizabeth of York in the 2013 historical series The White Princess, based on Philippa Gregory's novel of the same name.

Comer has also done other work in theater, radio, and film, but they're far and few compared to her TV projects. That said, we're pretty stoked for her upcoming roles on the big screen. The action-comedy movie Free Guy will star her opposite Ryan Reynolds, and an adaptation of Agatha Christie's Death on the Nile will feature her in a cast that includes Armie Hammer and Gal Gadot.

For now, we're looking forward to her brilliantly working her magic on season two of Killing Eve! You can scroll ahead to see Comer in a few of her biggest roles to date.

Mariah Carey
Everything We Know About Mariah's Christmas: The Magic Continues
by Princess Gabbara 2 days ago