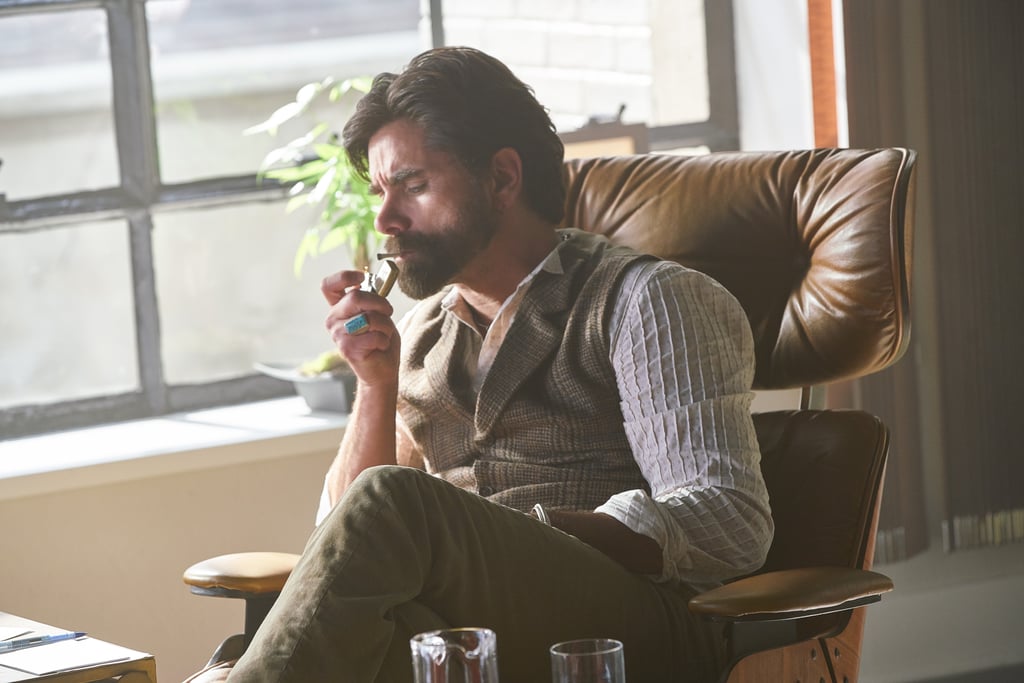 Nobody Warned Us That John Stamos Plays a Hot Therapist in You, but We're Here For It

Warning: spoilers for You ahead.

It's impossible to predict anyone's next move in Netflix's You because the twisted thriller is all over the place. It was certainly impossible to predict that John Stamos would show up as as the hot, bearded, weed-smoking therapist, but he was kind enough to grace the show with his presence. In episode eight, the ever-paranoid and increasingly psycho Joe Goldberg (Penn Badgley) suspects Beck is cheating on him with her therapist (he turns out to be right). It's then that we find out Beck's therapist is Dr. Nicky (Stamos), and it totally threw viewers for a loop.

Joe begins seeing Dr. Nicky under a fake name and describes his relationship problems with "Ronaldo," because what else would he do besides something really creepy? That's good news for us, though, because we get extra screen time with a brooding, sexy Stamos who's honestly never looked better. Sure, he gets stoned during his sessions, but we'll let it slide. People on Twitter only have one question: is he taking any new clients?

STARZ
Hungry For More Power? You're in Luck — a Third Season of the Ghost Spinoff Is on the Way
by Njera Perkins 10 hours ago

TV
No Surprise, The Sex Lives of College Girls Is Coming Back For a Second Season
by Njera Perkins 11 hours ago

Jonah Hill
Netflix Has Had It With Jonah Hill Using a Fart Machine at Press Events, but He Won’t Be Silenced!
by Naledi Ushe 14 hours ago