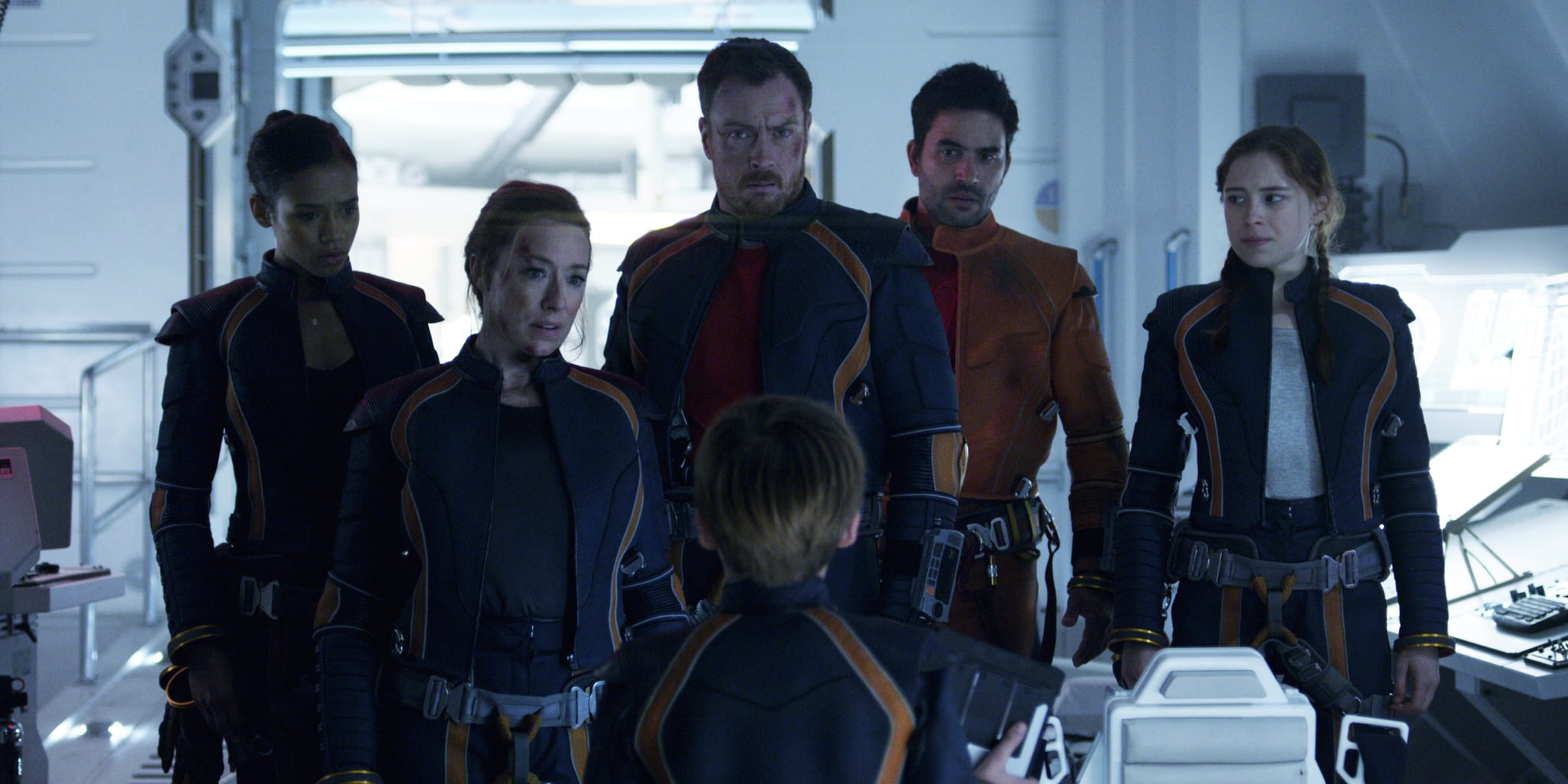 There's a lot to be distracted by in Netflix's Lost in Space reboot. When you take a minute to stop marveling over the talking robots, the fun cameos, and whether or not the streaming giant will do us all a solid and bring the sci-fi adventure back for a second season, the true heart of the reboot becomes clear: nothing can break the bond of a family. What's even more exciting is that Netflix's version of the 1960s series gives the space-faring Robinson family a modern facelift, one that more accurately reflects most families that exist today.

While the original show features a pretty standard nuclear family lead by Professor John Robinson (Guy Williams), the new Robinsons are a little bit different. For starters, Maureen Robinson (Molly Parker), a ridiculously intelligent engineer, is basically the head of her family since her husband, John (Toby Stephens), has been away serving in the military on and off for years. Despite their differences — Maureen files for divorce shortly before they board the Resolute and ship off into space — the parents manage to keep things civil for their three children: Penny (Mina Sundwall) and Judy (Taylor Russell), both teenagers, and their little brother Will (Maxwell Jenkins).

One of the more touching aspects of the show is seeing how both parents navigate the ups and downs of raising their kids after their exploratory ship crash lands on an unknown planet after getting sucked into a black hole. John and Maureen can be emotionally closed off due to the nature of their stressful jobs, which especially affects Penny and Will. As for Judy, who's the pragmatic brainiac of the bunch, she's not afraid to openly show her disdain for her dad in earlier episodes. He hasn't been around for quite some time, and she's eager to prove that she's been perfectly fine without him, even if it's not true. It takes some time for her to warm up and for him to earn her trust again.

It's later revealed that Judy, who is black while the rest of her family is white, came along before Maureen met John. Although they're not related by blood, they share more similarities than most of their other family members do. In an especially sweet, tear-jerking moment in the final episode, John reflects on his bond with her, saying, "I love Judy, 'cause even though I'm not her biological dad, she's exactly like me. I mean, she's strong, fearless. Maybe I just wish I was more like her."

Like Modern Family, This Is Us, and other diverse TV series offering realistic looks at what it means to be a family in this day and age, Lost in Space gives the Robinsons a much-needed makeover to bring them into the 21st century (or 2046, to be specific). By the end of season one, it becomes abundantly obvious that all of their differences, when combined, are what make them such an unstoppable, unbreakable unit.

Lost in Space is now streaming on Netflix.

by Sabienna Bowman 19 minutes ago