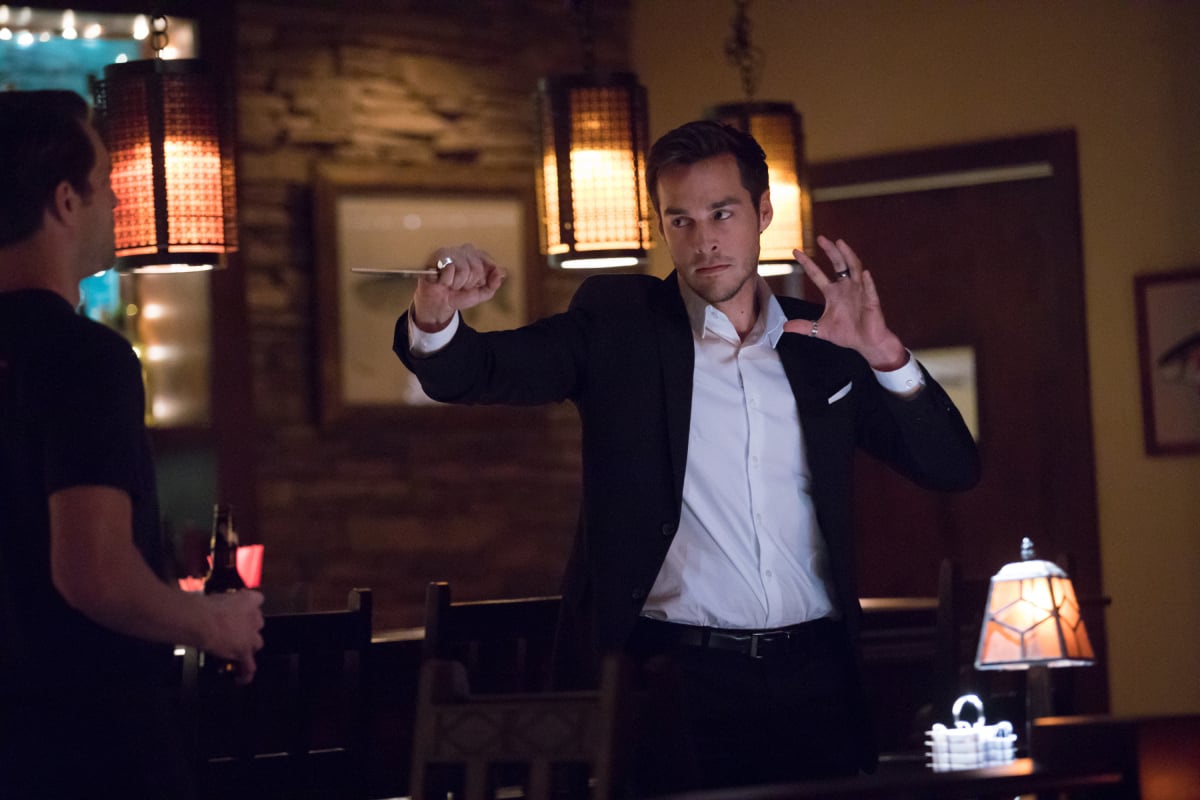 It's official: Kai Parker is returning to The Vampire Diaries, and we couldn't be more excited. Even though we totally called his return a few months ago, the show officially announced the news when they released stills of him in the upcoming episode, "The Lies Are Going to Catch Up With You." Aside from looking devilishly handsome, we can't help but notice what he's wearing. While it might look like a simple black suit at first glance, it's actually the exact same outfit he died in from season six. Needless to say, our heads are already running with theories.

Let's state the obvious here. He's at the grill, which means he's actually in Mystic Falls. Perhaps, when Matt rang the Maxwell Bell, he was able to slip out of Hell when Cade did — because we all know that's where he's been all this time. Chris Wood, the actor who plays Kai, even teased that theory a few months ago when a fan asked what Kai is probably up to right now. 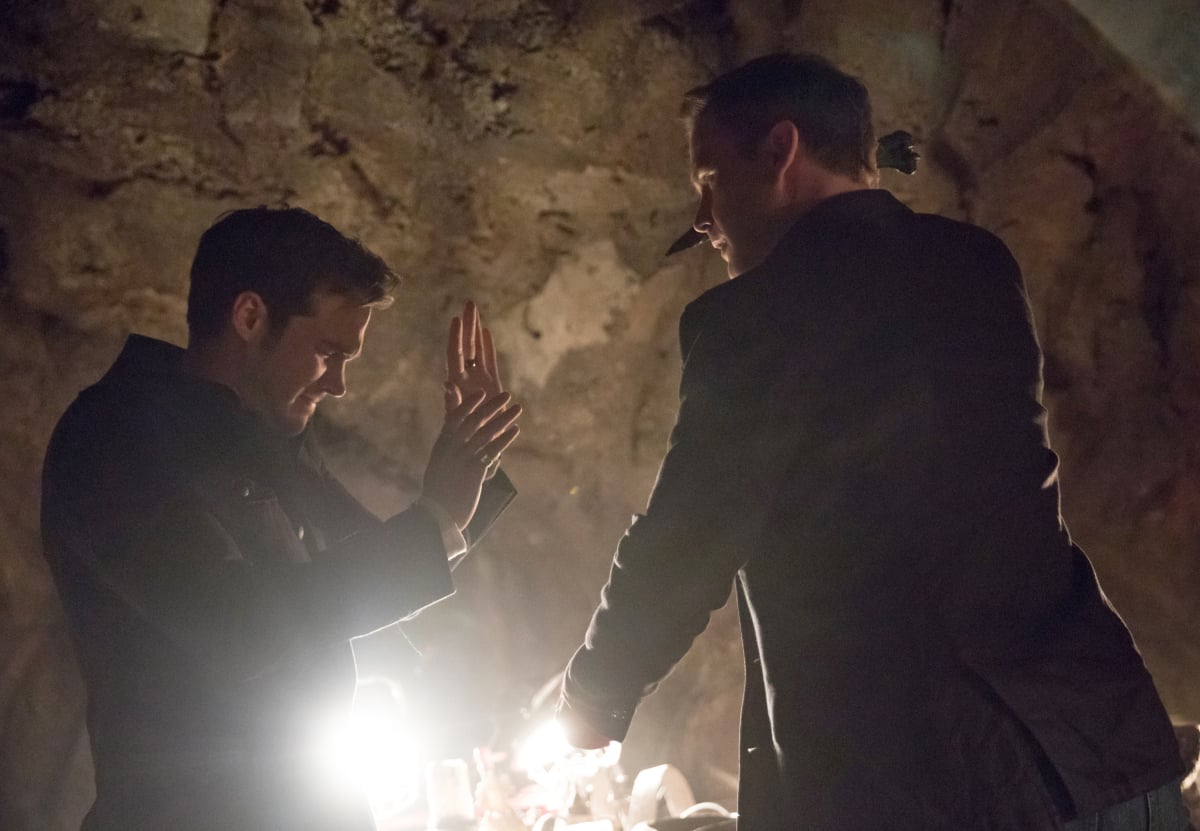 So, the next question is, what exactly is he there for? Our best guess is redemption. This whole season has been about forgiveness and making up for your sins, so we can only assume that Kai is trying to find peace now that he realizes how terrible Hell is. Hey, he did become less of a psychopath when he merged with Luke, so it's not completely off the table. And what better way to find peace than by righting all the wrongs he's made? The episode's synopsis says that Alaric and Damon will come face to face with an old enemy, and who would they hate more than the person that took away their true loves? Maybe Kai is hoping to make amends by reversing that pesky sleeping curse on Elena.

Of course, if he does reverse the sleeping curse, we can't help but wonder if this means Bonnie and Kai will reunite. Because, let's be real, we secretly shipped them all throughout season six. Plus, Bonnie is single now, and even though they had their differences in the past, they've always had some undeniable chemistry. And hey, if Caroline and Elena are willing to forgive Stefan and Damon for all the bad things they've done (just in this season alone), why can't these two have a fresh start, too? What ever happens, we're just happy to see Kai's beautiful face again.